Blog - Latest News
You are here: Home / Informative / The Indoor Cat – How to Keep Them Healthy and Happy

I’ve never been against letting your cat outside.

Throughout my childhood, in fact, my family owned three cats, and they all went outside frequently. We lived out in the country, so they weren’t in danger of being hit by speeding cars. All of them had claws, and we stayed outside to watch them when we let them out, so we weren’t too worried about other animals hurting them.

They were also up-to-date on their vaccinations, and loved tagging along when my brother and I went out to play catch. When it came down to it, they were the perfect indoor-outdoor cats: curious, unafraid of the outdoors, and able to defend themselves if they had to.

Now I’ve moved out, and I live between two cities, in an apartment. I have a cat of my own, named Sokka. This time around, though, there aren’t any outdoor adventures in store.

I’ve decided that he’s going to stay an indoor cat.

I guess I could let him outside if I wanted; he has all his shots, I plan on microchipping him, and he has both front and back claws. There are a few reasons why I’ve made the decision not to, though, and they have to do with where I live and his personality. 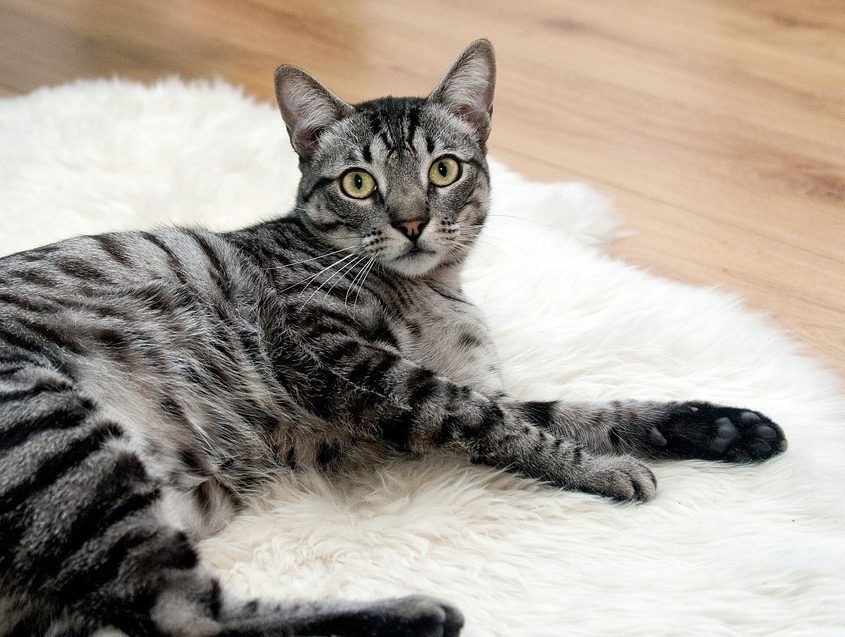 So, what are my reasons?

First, I’m not in the country anymore, and the roads around my apartment are extremely busy. If I were to let him out, I’d be worried he’d try to cross the road, and it would break my heart if he got hit. This is probably my biggest reason for keeping him inside — the environment just isn’t the best for letting your cat out.

What about taking him on walks around the complex with a leash and harness?

That way I’d be able to keep a close eye on him. And I’ve learned that it’s not as unusual as it sounds.

If you start training your cat to wear a harness and tolerate walks early, a lot of them get used to it quickly and really enjoy it. I’ll admit I did think about doing this withSokka: he was an extremely friendly kitten, and wasn’t afraid to greet visitors with a curious meow. He was (and still is) active, too, begging to play with me constantly throughout the day. I thought maybe, with all his energy, he’d like going on trips outside.

The problem with this idea, though, is that he’s pretty easily startled, and every time he’s gotten the chance to look outside he hasn’t liked it much. Don’t get me wrong: he does love looking out the window at birds, and lying in the sun. But every time a door or window is opened, he’s nervous. There have been quite a few times an unexpected noise from outside has sent him running.

As fun as the idea is, his nerves are probably not the best recipe for taking him on walks. Where I live, there’s a lot of residents, and plenty of them have dogs. Sokka isn’t shy around people, but he’s afraid of other animals. Add that to how uneasy he is about the unfamiliar outdoors, and I bet it wouldn’t go over too well.

So, he’s an indoor cat, and so far, has never showed any desire to go outside. 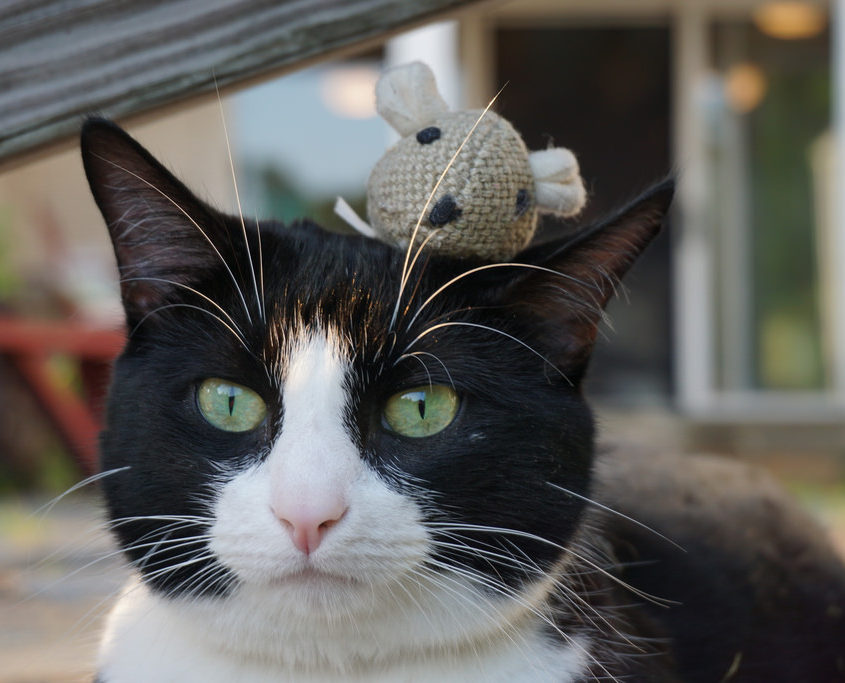 Maybe if I move someday, to a house out in the country, I can take him out sometimes. Until then, I’m making sure to keep him safe by keeping him indoors. As good as this is for his health and his safety, it does seem like he gets a little bored sometimes. After all, cats are born to hunt and stalk their prey. When they’re inside all the time, in a small apartment, they get restless and need outlets to keep themselves happy. I’ve put two of my favorites down below.

If there’s one thing I know about Sokka and cats in general, it’s that they love climbing and high places. Unfortunately, in my case, Sokka likes climbing up the side of my couch.

If you’re worried about your cat getting bored while you’re at work, and you know that they like looking down at their “territory” from a high spot, why not invest in a cat tree? 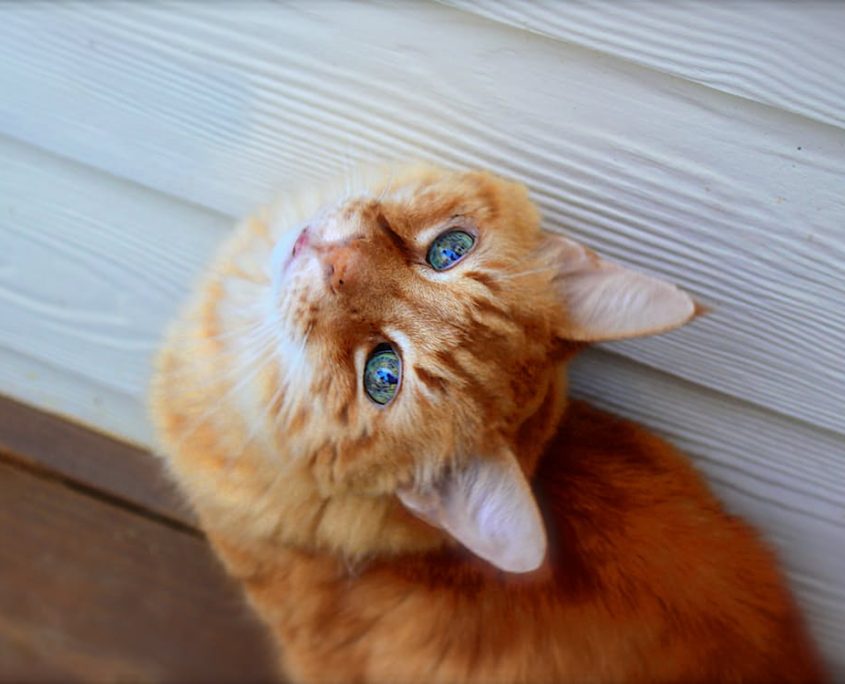 In my opinion, the large ones are the best—it’ll be worth it for your cat in the end. It’s a lot of space for them to scratch, explore, and sleep on—basically a cat’s dream. Some of them have hanging toys on them too, so that your cat can stalk and pounce the day away. I don’t have a big cat tree for Sokka yet, but I’m planning on getting one, and maybe even putting it on my balcony. If he isn’t too afraid to go out there, I’m sure he’ll be thrilled to sit on the balcony with me on a sunny day. We’ll have to see how it goes!

In the wild, of course, cats have to hunt down their prey, and it can be tricky to catch them. When they live with humans, though, they don’t exactly need to work too hard to “catch” their bowl of kibble.

Cats like routine, but the lack of hunting for their food can get boring day in and day out. If you think your cat needs a bit of a challenge, a puzzle toy filled with food or treats is an excellent way for them to use their heads a little. There are plenty of different kinds to choose from. Some of them focus on your cat getting treats out of a container using their paws, whereas others are more toy-focused. I like this one especially, because it has different difficulty levels and your cat has to figure out how to remove toys from the differently-shaped holes. Sokka gets into everything, so giving him something he’s encouraged to explore with his paws will probably be a good distraction for him. 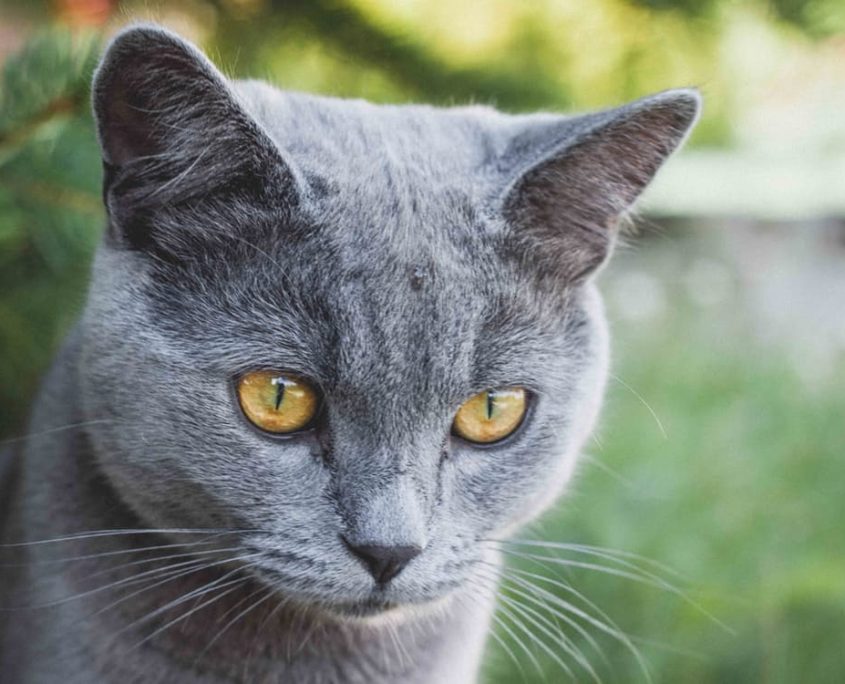 It’s true that on really beautiful days, I’m sad that Sokka can’t be outside with me. I have to remind myself, though, that he’ll live longer and be healthier because of my choice. For now, I’m just going to try and keep him as entertained as possible, and show him that being indoors can be exciting too. Hopefully, if I introduce enough acceptable playthings into his environment, he’ll stop doing daring climbing stunts off the side of my couch.

About the Author: Luciferbui shares his animal care knowledge from experiences with his own cat and dog. He also writes for his own pet blog.

When Your Dog Doesn’t Want To Share His Toys

What You Should Consider Before Adopting A Dog
Scroll to top