Alaskan Klee Kai is a relatively rare breed of dog that started back in the 1970s.

These dogs aren’t commonly found around the world but tend to be most densely populated along the east and west coasts of the United States.

While the American Kennel Club doesn’t recognize the breed, the United Kennel Club and American Rare Breeds Association do acknowledge the AKK as a breed. 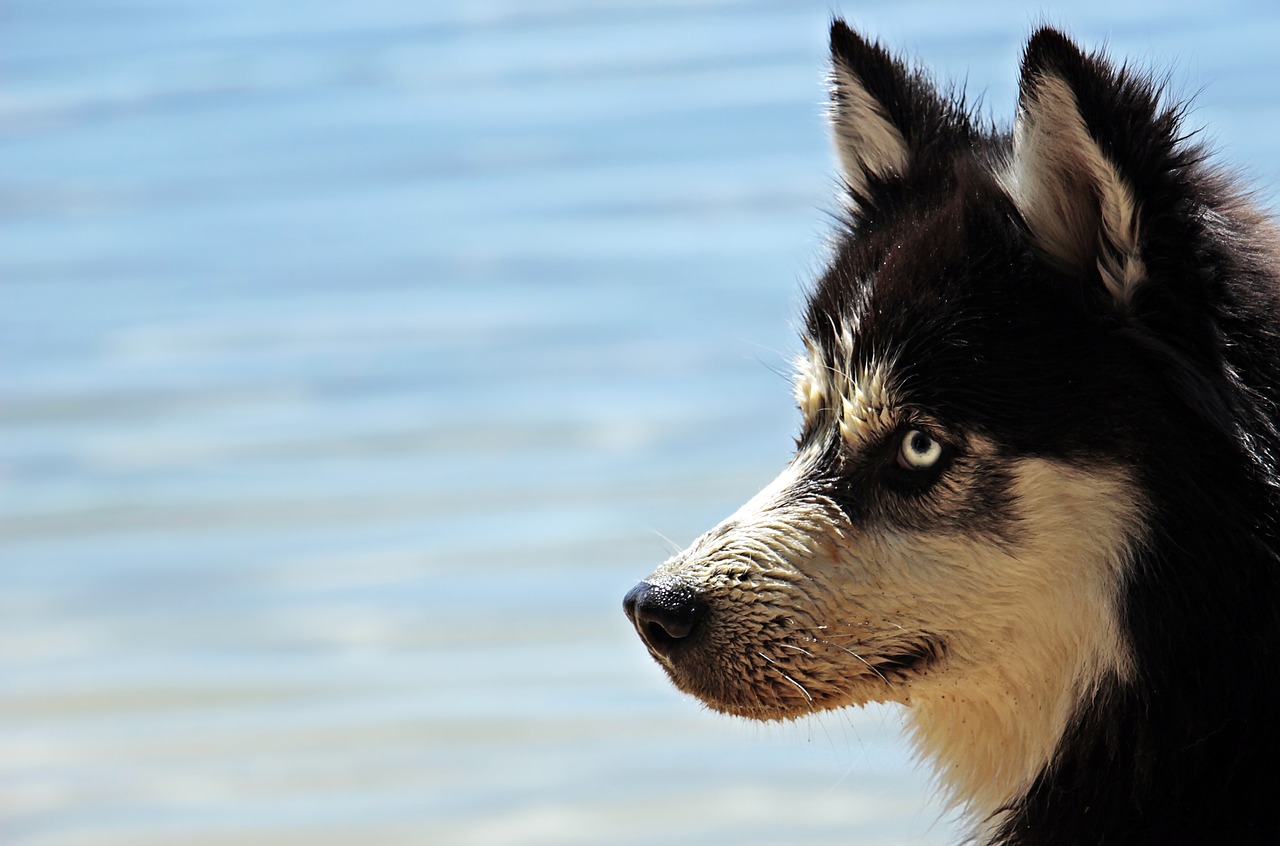 These little dogs get a lot of attention when they’re on their daily adventures thanks to their unique appearance.

Alaskan Klee Kai can also be abbreviated to Klee Kai and AKK.

For the uninitiated, here are 15 interesting facts about Alaskan Klee Kai to provide a better insight into this unique breed.

An American lady called Linda Spurlin is responsible for starting the Alaskan Klee Kai breed. She came across a small husky while visiting family in Colorado. Spurlin was so taken by the dog called Curiosity that she decided to adopt this unique-looking husky. Upon her return to her home in Alaska, Curiosity got a lot of attention. Her dog’s rising celebrity status prompted Spurlin to start her quest to recreate these little dogs. 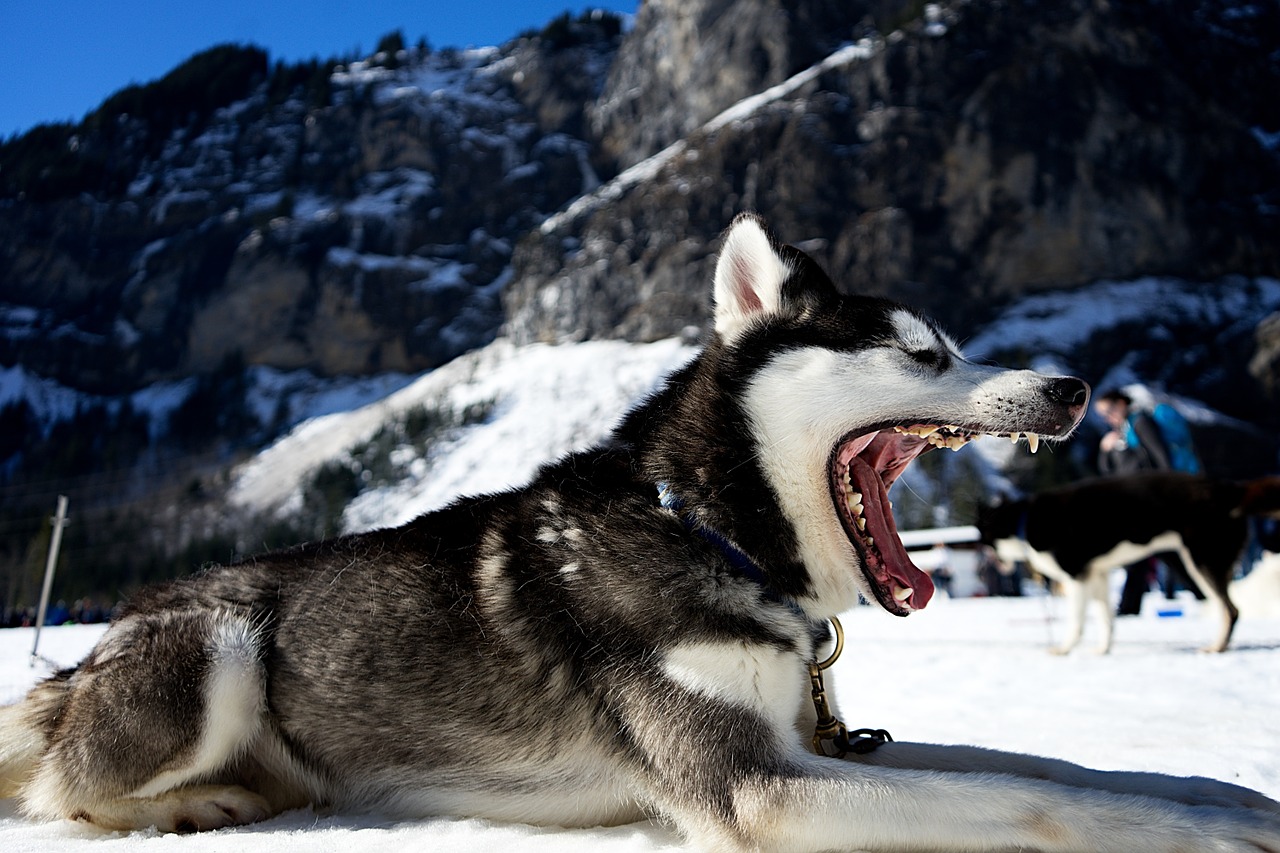 Alaskan Klee Kai are small dogs that look a lot like huskies. You won’t be surprised to learn that Spurlin predominantly used Alaskan Huskies to create her little AKK. Siberian Huskies played a part in the breed’s formation, highlighted by Klee Kai’s eye-catching masks that are a trademark feature of these dogs. Given Alaskan Huskies and Siberian Huskies are quite big, Spurlin had to turn to some smaller breeds to reduce the size of her AKK. The American Eskimo Dog and Belgian breed Schipperke played a role in the development of the Alaskan Klee Kai.

4) They Come in Four Different Colors

If you weren’t already blown away by their beautiful coat colors, Alaskan Klee Kai have equally mesmerizing eyes to complete their stunning appearance. While every AKK can be slightly different, there are three main color types that Spurlin’s little creations have. They usually have blue, brown or green eyes. While that already sounds pretty special, Klee Kai can also have bi-eyes (two different colored eyes) or parti-eye (two colors in the same eye). This is similar to Alaskan and Siberian Huskies, who are also known for the beautiful eye colors and face masks.

6) Alaskan Klee Kai Can Be Quite Shy

Alaskan Klee Kai can become very attached to their dog owners, which is great if you’re looking for a companion dog to share your adventures in life. You can expect to have a little shadow following you everywhere you go. While they might love the company of their dog owner, Alaskan Klee Kai won’t necessarily relish the chance to interact with new people. They can be quite aloof and shy around strangers. It’s recommended that you introduce an Alaskan Klee Kai to as many people as possible from a young age to improve their social skills. This could be in the form of puppy classes, or simply bringing your Alaskan Klee Kai with you wherever you go.

If you like the idea of being able to run your errands in town without delays then be prepared for that to change if you decide to get an Alaskan Klee Kai. These little dogs are like celebrities, and you’re their manager. The breed gets a lot of attention wherever they go. People love to ask questions about your little AKK, so be prepared to provide a lot of answers. Their celebrity status is another reason why it’s important to get your Klee Kai used to meet new people. 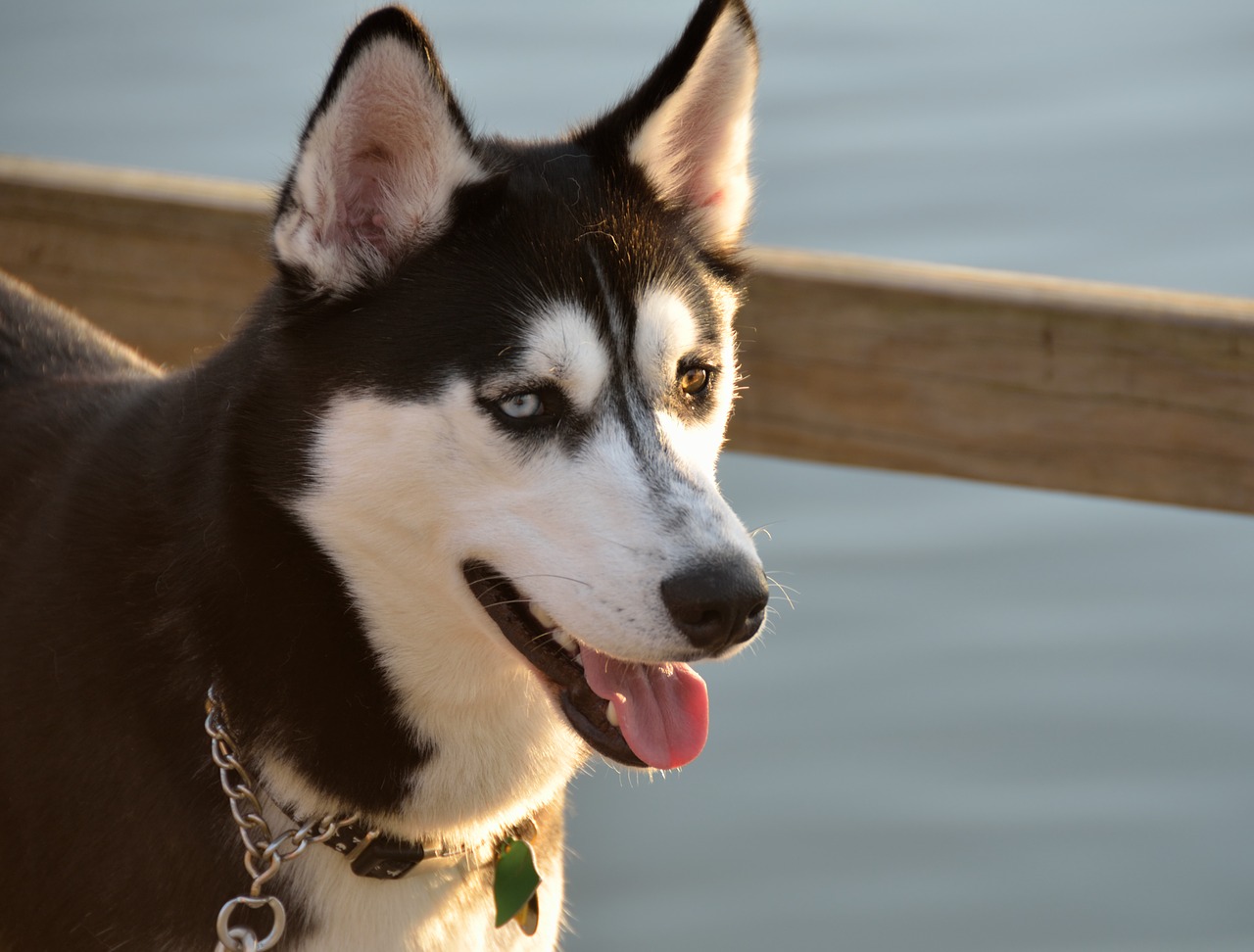 If you’re a bit of a chatterbox, then the Alaskan Klee Kai could be a good breed for you. They love to talk to their owners. While they may not use the English language, they’ll make it abundantly clear if they’re not happy with the pup parents. Alaskan Klee Kai usually makes a noise that sounds like a “woo-woo.” Other AKK may prefer to howl in a high pitched voice like their Alaskan Husky and Siberian Husky relations. They’re adept dogs at being able to convey their emotions to humans. Two Alaskan Klee Kai can really raise the volume.

We mentioned that Alaskan Klee Kai can become quickly devoted to their pet parents. While we may love to receive affection from our dogs to boost our egos, their intense loyalty can come at a cost. Alaskan Klee Kai are prone to suffering from separation anxiety. This is a condition that occurs when a dog becomes increasingly distressed when left at home alone. The symptoms can include persistent barking, howling or whining, destructive chewing or digging, and in some really extreme cases, defecating inside the family home. There are several methods you can use to help ease a dog’s separation anxiety, including leaving the radio or television on, using aromatherapy or buying a dog camera to talk to your dog using your smartphone. 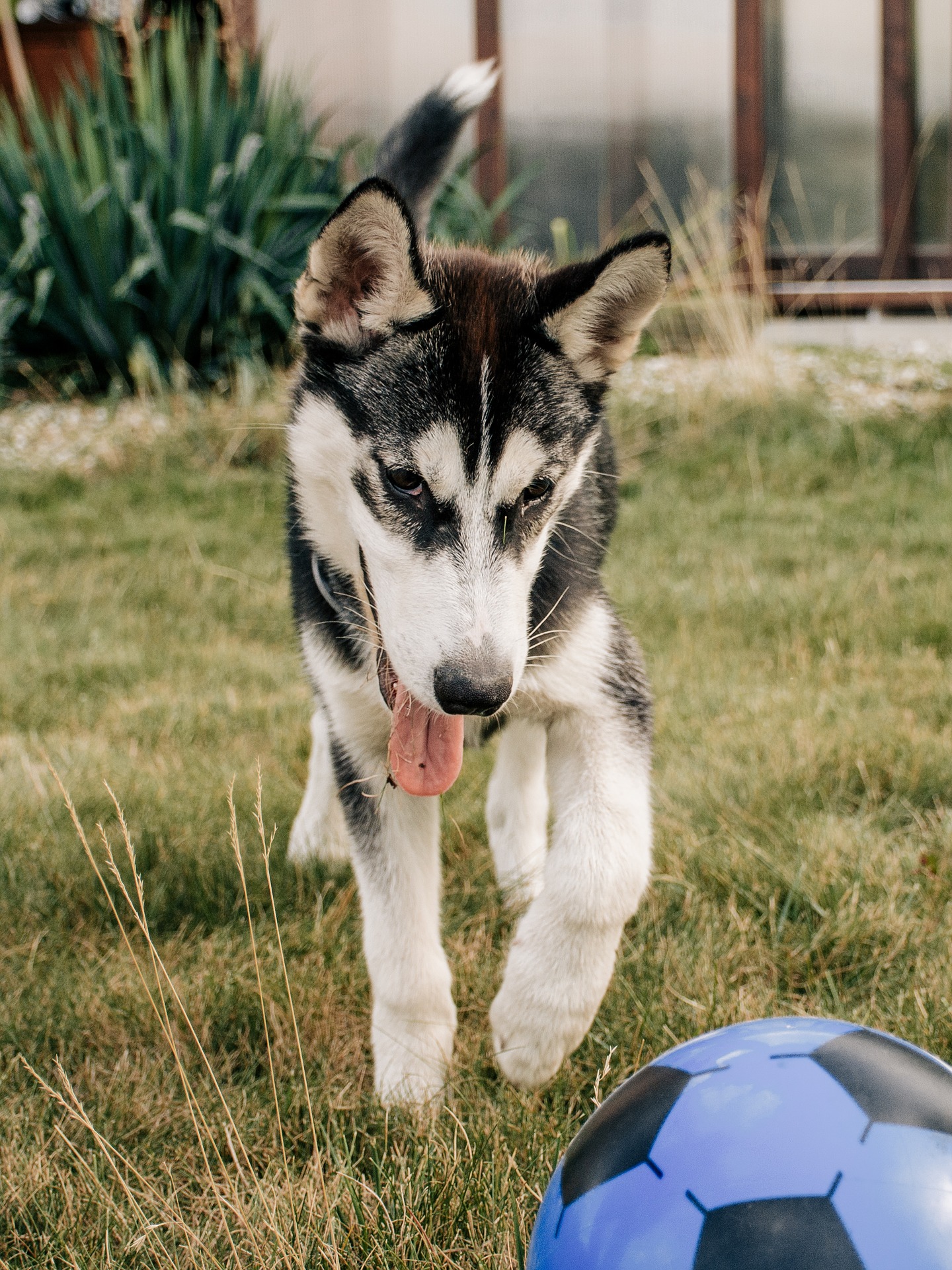 Alaskan Klee Kai have a reputation for being expert escape artists so they shouldn’t be trusted off the leash. If you do a little research online, you’ll find testimonials about Alaskan Klee Kai have a poor recall. While it’s not impossible, safety conscious owners will feel more secure having their dog on a leash. They have a high prey drive, which means they’re prone to chasing small animals such as rabbits, gophers, and squirrels. You’ll need to ensure your garden or yard is secure before bringing home an AKK. They’re able to jump a surprising height given their small size.

These little dogs shed quite a lot, so if you don’t like dog hair, think again about getting an AKK. For people with an allergy to dogs, it can be important to find a hypoallergenic breed. The Alaskan Klee Kai is not hypoallergenic. They’ve got a double coat: an inner coat and outer coat. The latter sheds throughout the year, so regular brushing is required. Their inner coat will blow out twice a year, which can be a particularly challenging time for an Alaskan Klee Kai owner.

This breed isn’t prone to many health problems. However, given they were only created in the 1970s, a lot of issues may not have been unearthed as of yet. Some health conditions are associated with the breed, such as cryptorchidism, elbow and hip dysplasia.

Alaskan Klee Kai puppies do cost quite a substantial amount. You can expect to pay between $1800 and $3000 for a Klee Kai. The price can vary from breeder to breeder. The difference can depend on what the breeder values more: coat color, eye color or a combination of both. If you’re thinking about purchasing an Alaskan Klee Kai, you should visit the Alaskan Klee Kai Association of America to find an ethical and reputable breeder. You should always request to see a puppy with its mother. 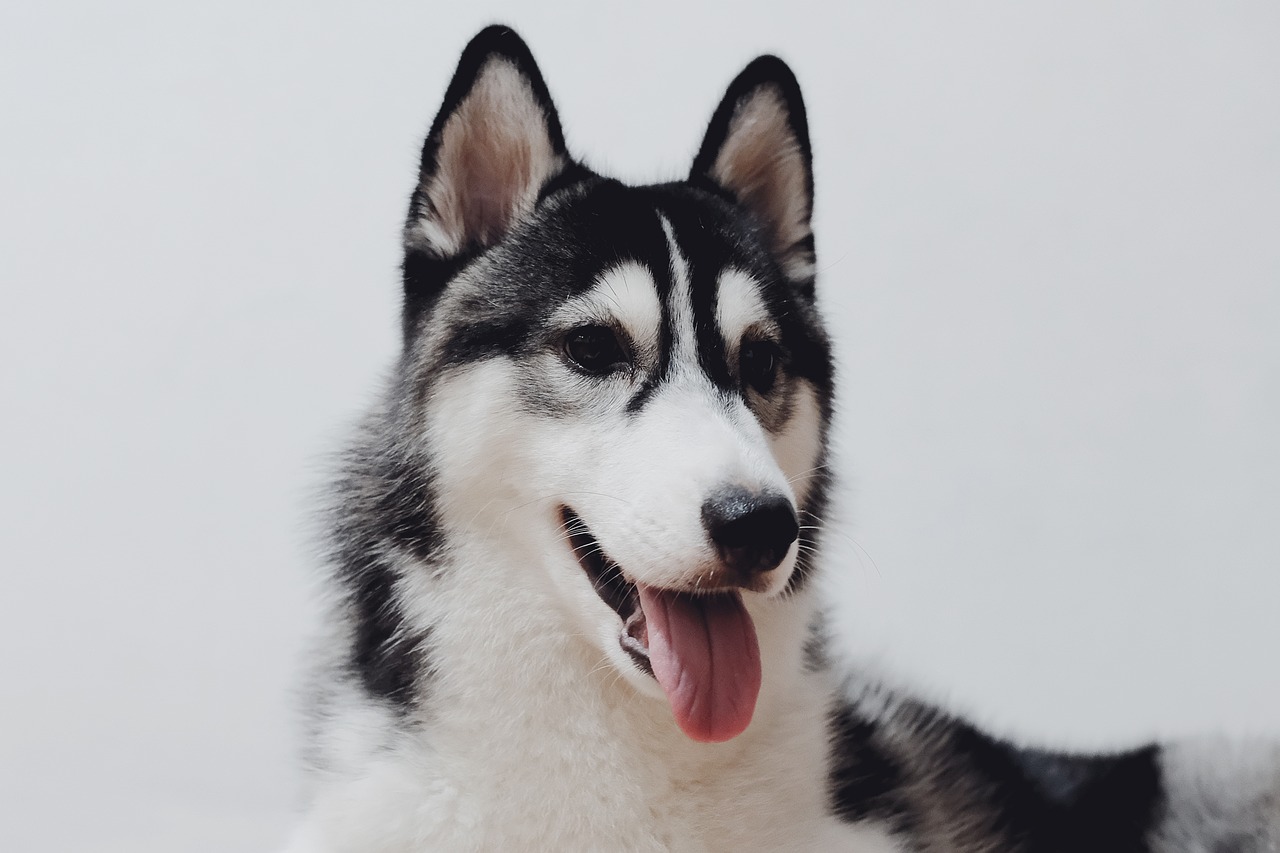 15) Game of Thrones Actress Owns One

If you want to learn even more about Alaskan Klee Kai, you can check out some famous examples of the breed on Instagram. Game of Thrones actress Sophie Turner and her musician husband Joe Jonas own two Alaskan Klee Kai called Porky Busquait and Waldo Piscasso. The celebrity couple has set up Instagram accounts for both of their beautiful little black and white Klee Kai. Other AKK that are worth a follow on Instagram includes Copper and Skye (@ispywithmylittleskye) based in London and Baylee (@myloveonpaws) based in Germany.