Blog - Latest News
You are here: Home / Informative / 6 Things You Need to Know About Tick Bites

If you’re a dog owner, it’s likely you’re familiar with ticks. While ticks may seem like a minor annoyance, they can infect dogs and humans with harmful, even life-threatening diseases. With ticks present in every state throughout the summer months, it’s important to be aware of the diseases they can cause and how to respond to them. Here are a few of the most common diseases spread by ticks that could affect you and your dog as well as strategies for prevention. 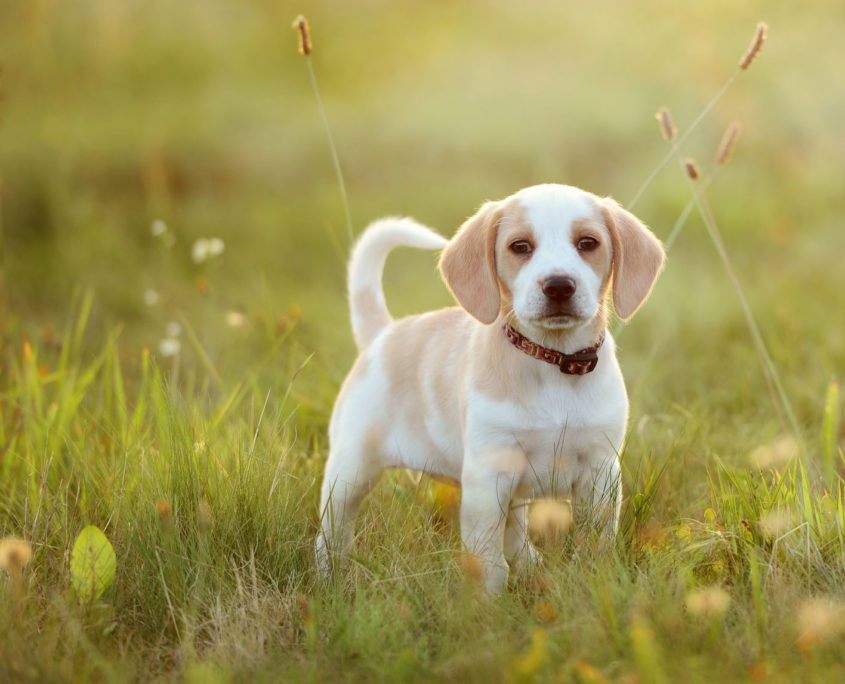 Lyme disease is one of the most common diseases that can be spread between dogs and people. While it is not typical for a person to become infected through direct contact with their dog, it’s common for dogs to carry infected ticks into the house or other shared spaces where people and other animals could contract the disease.

The most obvious sign of Lyme disease in dogs is lameness, though other symptoms include lack of appetite, irritability, depression, and fever. In humans, Lyme disease presents flu-like symptoms including fever, chills, sweating, fatigue, nausea, and muscle and joint pain. People with Lyme disease may experience a rash that forms as a red ring around the bite and can expand up to twelve inches.

In dogs and humans, Lyme disease is usually treated with a four-week course of antibiotics, though some symptoms may remain after the infection has been eliminated. Dogs may experience a relapse, and the lingering infection may lead to kidney disease. 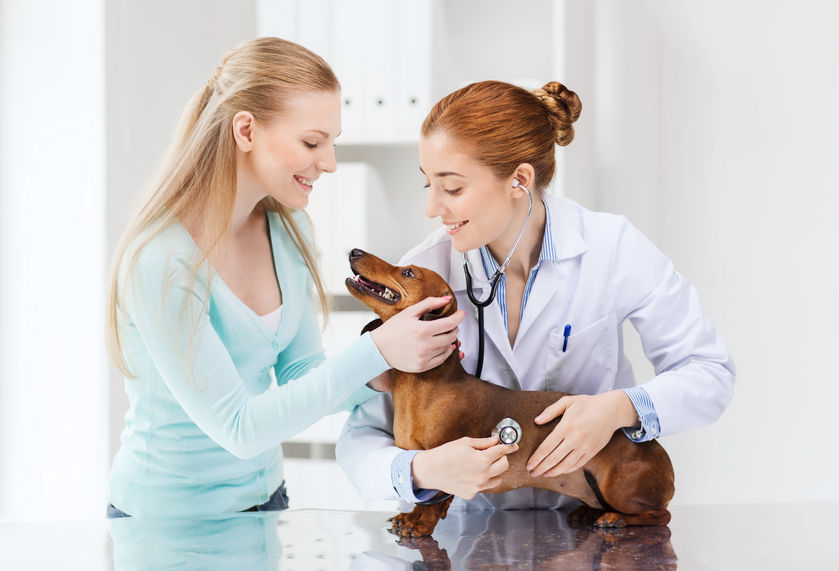 Babesiosis is caused by many species of microscopic parasites that infect red blood cells. As with Lyme disease, babesiosis causes flu-like symptoms in humans, though many people who are infected with babesiosis don’t show any symptoms and feel fine. However, in dogs, this infection causes anemia, dark urine, fever, swollen lymph nodes, general weakness, and in some cases a dog could suddenly collapse and go into shock.

Though Babesiosis is treatable, it is likely to remain in a dog’s bloodstream even after symptoms have dissipated. This creates the risk of a relapse or spreading the disease to other dogs or humans. 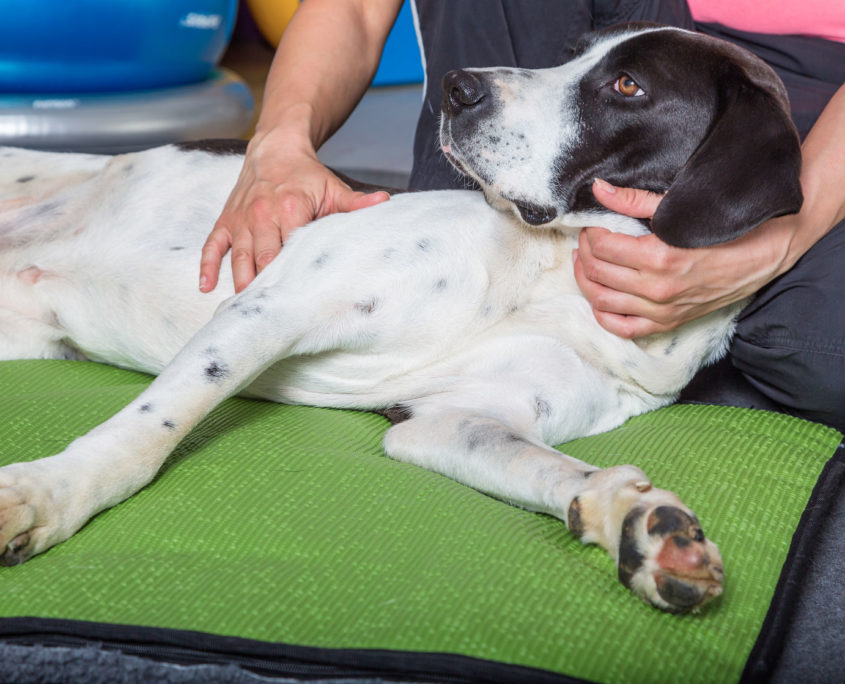 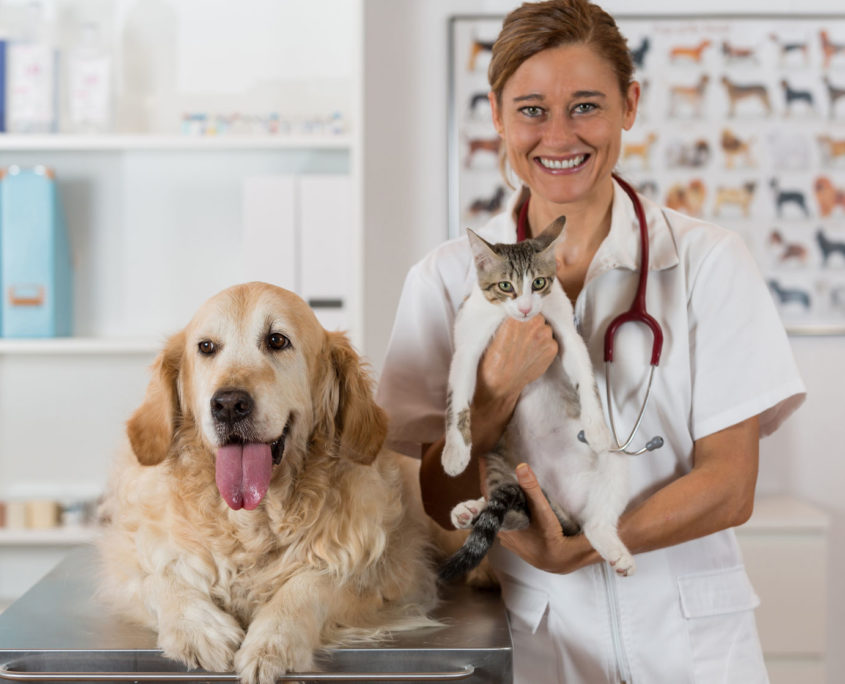 Ehrlichiosis is caused by bacteria that infect and destroy white blood cells. In dogs, this infection may cause weakness, lack of appetite, difficulty breathing, anemia, and fluid build up in the limbs. Because ehrlichiosis affects the blood cells responsible for clotting, dogs may experience hemorrhaging. In humans, ehrlichiosis causes fever, headache, fatigue, muscle aches, and a rash that makes the skin appear sunburned. 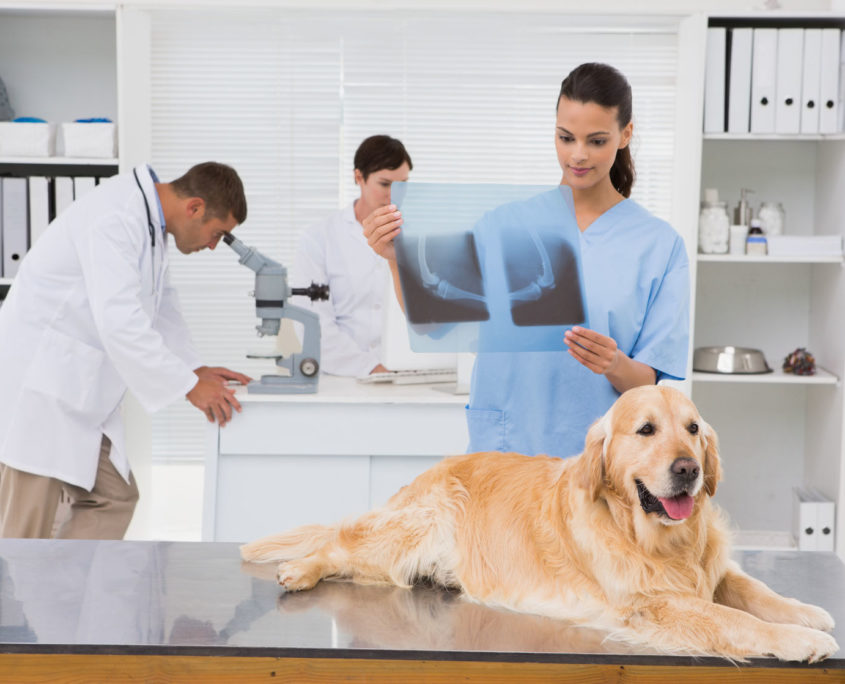 The major symptoms in dogs are depression, anorexia, blood in the urine, an inability to walk normally, sudden bleeding, and inflammation. In severe cases, Rocky Mountain Spotted Fever can lead to irregular heartbeats, seizures, and kidney failure which can lead to death. Purebred dogs and German Shepherds are the most likely to develop a severe reaction to this disease.

If treated within the first few days, most dogs will make a full recovery. However, dogs who experience severe damage to their nervous system may not recover completely.

In humans, Rocky Mountain Spotted Fever causes fever, headache, vomiting, stomach pain, muscle aches, lack of appetite, and a characteristic rash that covers the skin in red splotches or pinpoint dots. In severe cases, some patients may be left with permanent damage to blood vessels, resulting in the amputation of legs, arms, fingers, or toes. Other potential long-term effects include paralysis, hearing loss, or mental disability. 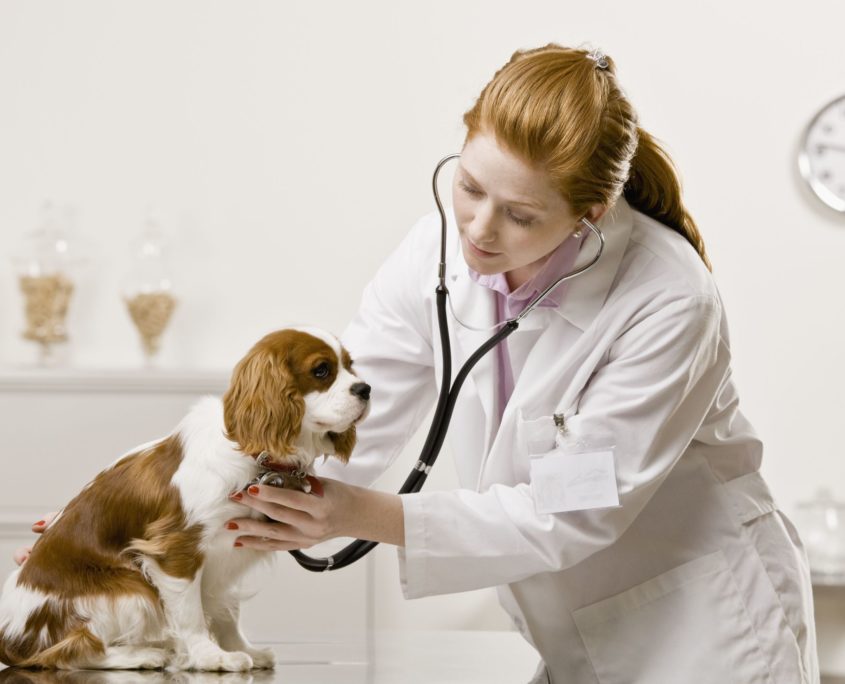 Among tick-borne illnesses, tick paralysis is the only condition that is not caused by an infectious organism. Instead, it is caused by a neurotoxin in a tick’s saliva. Initial signs of tick paralysis in dogs may include a change in the dog’s bark, labored breathing, coughing, excessive drooling, vomiting, and weakness in the hind legs, which leads to paralysis throughout the dog’s body.

Cases of tick paralysis in humans most commonly occur in children and cause muscle pain, restlessness, fatigue, weakness, and a “pins and needles” sensation. Eventually, this progresses into paralysis of the lower extremities and spreads up the body, potentially leading to respiratory failure and death.

Dogs and people typically have difficulty swallowing and should be monitored closely. If they seem to be struggling to swallow, it may be best to avoid eating and drinking until the symptoms subside in order to avoid a serious form of pneumonia caused by inhaling saliva, food, or water.

The most important step in treatment is to find and remove the tick. In some cases, this can relieve symptoms within hours or days. At this point, humans will usually recover on their own, though you should take a dog to the vet in order to determine if an anti-toxin is necessary. 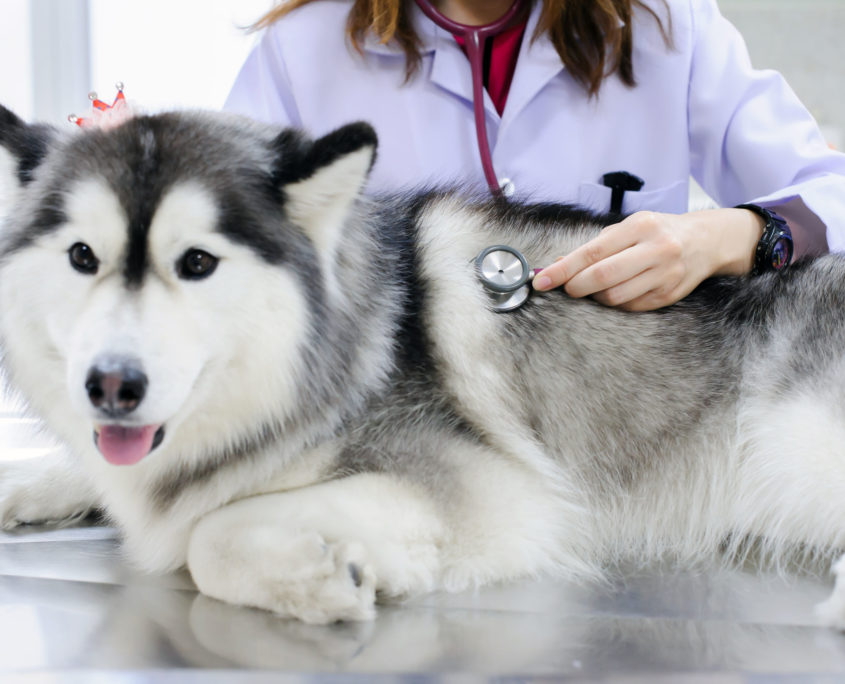 The best strategy for preventing tick-borne illnesses is to carefully check your dog and yourself for ticks on a regular basis, especially after any extensive outdoor activity — though brief ventures into overgrown areas or even trimmed lawns can result in a tick infestation as well. The ticks that spread Lyme disease typically need to be attached for at least two days in order to infect a dog. In this case, an infection is entirely preventable as long as you check your dog regularly.

In order to check for ticks, brush your fingers through the dog’s fur with enough pressure to feel any small bumps. Be sure to check in less obvious areas such as between the dog’s toes, under their armpits, around their mouth, and behind their ears. If you feel a bump, pull the fur apart and confirm that it is a tick. Ticks may be the size of a pinhead, though if they have been attached for long they may be as big as a grape. Using tweezers or gloved fingers, grab the tick as close to the dog’s body as possible and pull the tick out with a steady motion.

After removing the tick, clean the site of the tick bite with soap and water and place the tick in isopropyl alcohol. You’ll also want to disinfect the tweezers you’ve used in order to prevent infection. Even if you believe you’ve removed the tick early enough, it’s important to watch for signs of tick-borne illness as well as infection around the bite area. Paying close attention to any deviation from your dog’s normal body language could make a huge difference in the speed of treatment and recovery.

With a variety of tick control products available, it’s possible to prevent ticks from biting your dog in the first place. These include collars, topical treatments, and medications, though you should be careful to use the correct dosage for your dog and avoid mixing different tick control products. Depending on the regulations in your area, you might also apply pesticides to your lawn in order to decrease your risk for infection.

If you or your dog develop any symptoms of a tick-borne disease, it’s important to seek proper treatment as soon as possible. While the immediate effects of these diseases can be unpleasant, the long-term effects can be devastating and irreparable. If in doubt, it’s always best to reach out to your vet or doctor. 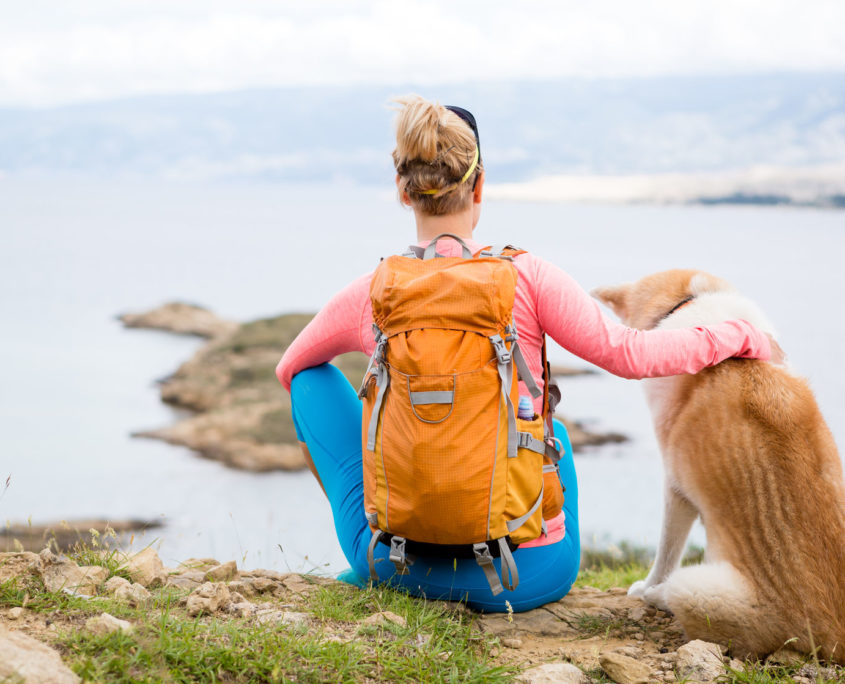 7 Incredible Ways To Keep Your Pet Hydrated This Summer