We’ve all been there. We all know how difficult making new friends can be, especially when you’re not a social butterfly like some people. And everyone has to face this situation at some point. Maybe you move to a new area and have to break into the local scene. Maybe you start a new job and have to connect with new co-workers. Or maybe you just feel like your friends have drifted away, and you feel like you could use some new ones. I’ve never been a social butterfly, and I’ve always had trouble making new friends. But some time ago, an unlikely master of social skills came into my life and showed me the way: my dog, Temperance. She taught me more than any human could. 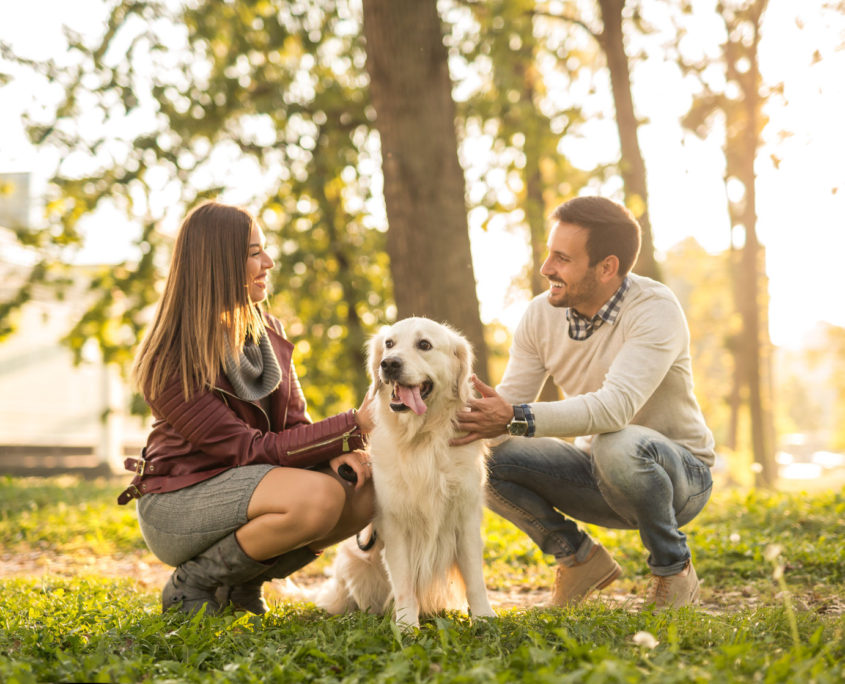 Dogs, like us, are social creatures because they’re descended from wolves who live in packs. They rely on each other for food, for protection, and even for raising their young ones. In the wild, a lone wolf is often a dead wolf.

My partner and I raised Temperance as a puppy, intending her as a service dog. But while she flunked out of service-dog school, she became so much more to us. She taught us about friendship. And those lessons are universal.

Most of the time, friendship is not immediate. Many friendships have evolved over years. Often, the first time we met even our closest friends, we might not have had the best impression of them. My dog seems to know this intuitively. She repeatedly approaches dogs and people who have rejected her in the past.

She almost universally wins them over eventually because she has no ulterior motives. She is there to make friends, to have fun, and to share and interact in an honest and straightforward way. She gains nothing other than the chance to give and possibly receive some affection. 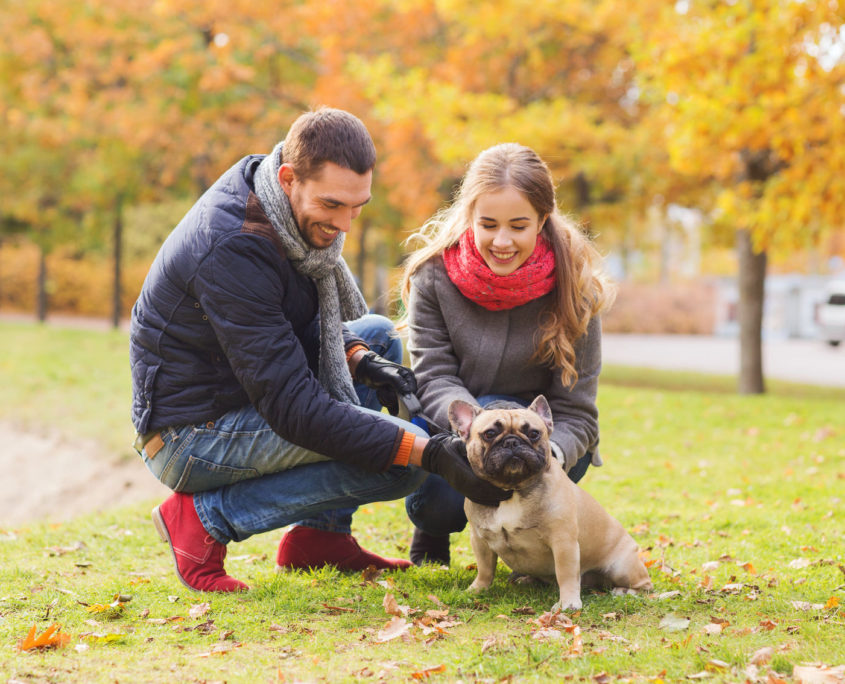 2) Not Every Friend Has to Be Your BFF

My dog doesn’t play with the same group she knew as a puppy. Some of her playmates lost interest in her as they got older; others moved out of the area or no longer visit the same park we go to. However, those friendships still have value; they were there for her at a time when she was developing her personality and her ability to socialize correctly. And she’s made new friends as a more mature dog =E2=80=94 new friends that = respect her limitations and accept her as she is.

Humans are the same way; we evolve and grow. We have friends that are meant to help us during challenging times and those that are there to help us celebrate good times. Some friends are meant for forever, and others for just right now. None of them are more or less valuable, as long as they are all authentic and caring in their own way. 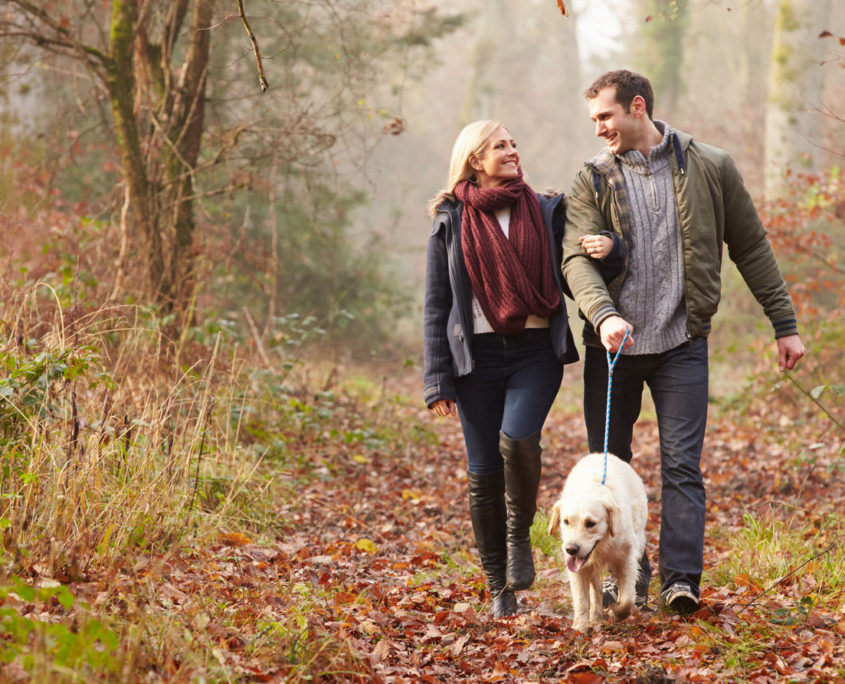 3) You Can Make Friends, Even if You Are Different

Temperance has bad hips, and she is not as fast or as strong as the other dogs. The enamel on her teeth did not form correctly, so some of them are covered with aluminum. Because of her limitations, she can’t keep up with all the other dogs, and she cries more often when on the receiving end of rough play.

Despite that, she tries hard. She does not shy away from “introducing” herself to new dogs and initiating play. Many dogs, more than you might suspect, reciprocate with friendly chases
and wrestling matches. Dogs much faster than her make allowances by running closer to her speed.

Much like humans, they value making new friends and don’t care about differences or even disabilities. As someone who uses a motorized wheelchair, I’ve experienced this firsthand with both dog and human. Yes, sometimes people and dogs don’t know what to do with a wheelchair, but if given the chance, they can be warmly receptive.

Don’t think that you can’t make friends just because you are different. We are all the same in that we just want to be accepted, and few people would say they weren’t interested in making friends with someone new. 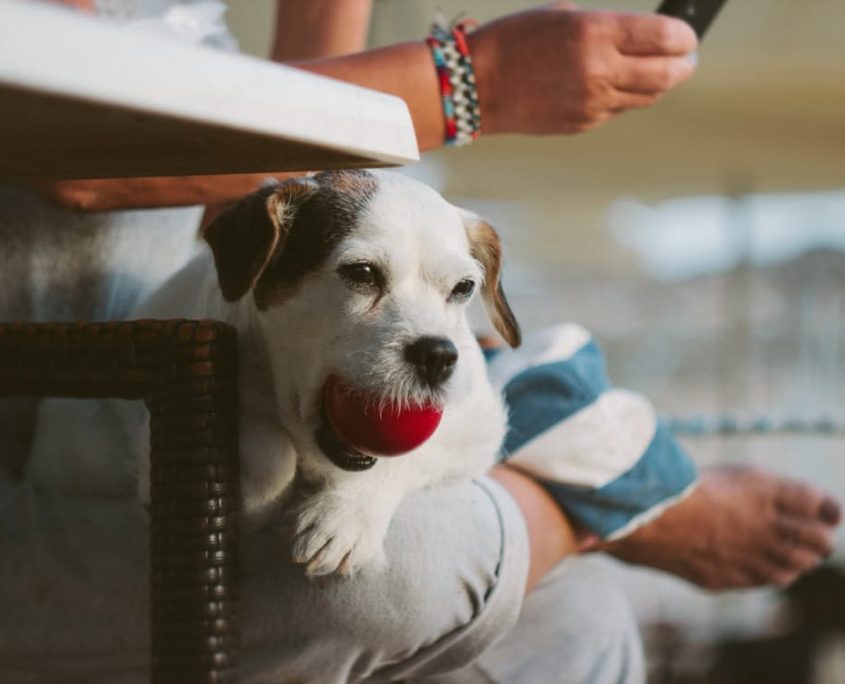 4) Give People a Second Chance to be Your Friend

Temperance has made friends with some of the grumpiest dogs I have ever seen. They have ignored her, growled at her, and even snapped at her. But she gives them second, third, and even fourth chances. I’ve seen her turn a growler into a playful wrestler or even a snuggler.

A dog named Isaac was often rough, and we were concerned it might hurt our dog’s bad hip. But we gave him a second chance, and they have become the best of friends.

Almost intuitively understanding her limits, he plays more softly with her and runs at a pace she can keep up with. Sometimes they just lay together in the grass, enjoying each other’s company. A friendship that would have never bloomed had we not given it a chance.

Sometimes people are just having a rough day. Or maybe they have the wrong idea about your intentions.

If you persist, and you are coming from a loving place, even the grumpiest person will eventually see your offer of friendship or just kindness forwhat it is. 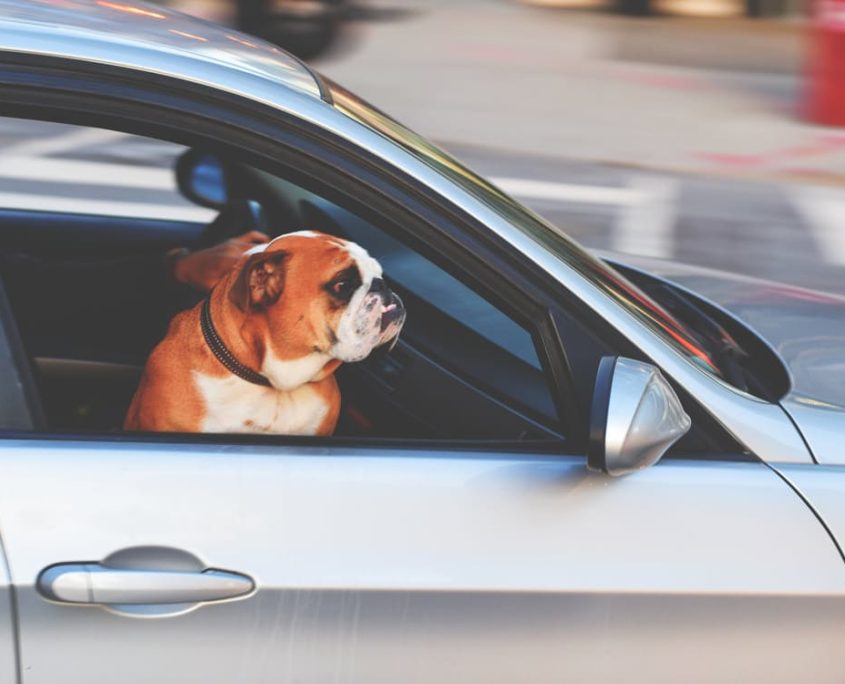 I’ve seen my dog introduce herself to all the same people every time we go for a walk around our neighborhood. And if those people aren’t outside, she will try to go to their doors. It’s her habit. We are new to the neighborhood, so her habit has not only made her friends but also has helped me and my partner introduce ourselves and get to know our neighbors as well.

At the park, she seeks out old playmates as well as new ones, but she always gives time to keep those old relationships engaged and fresh. Because of this, she’s very popular at the park and in my neighborhood. She knows people I don’t even know. 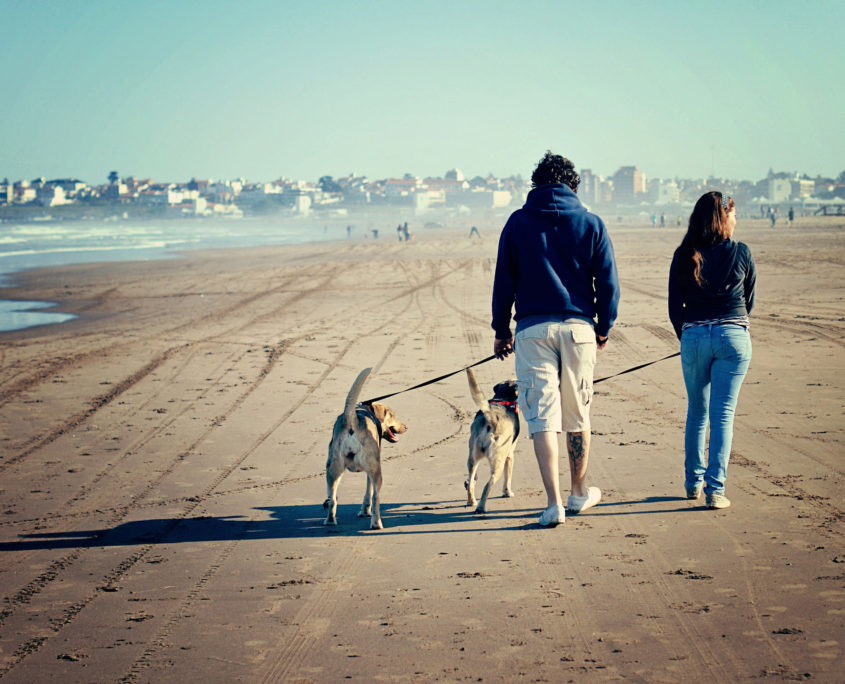 6) Ego is The Enemy of Friendship

Temperance has no ego, as far as I can tell. Even after being turned away repeatedly, she will try to be friends. She can be growled at, snapped at, or even intentionally ignored. She does not give up.

Without a bit of risk, there is no reward. Without some authentic vulnerability, acquaintances will not move forward. Friendships will not grow. 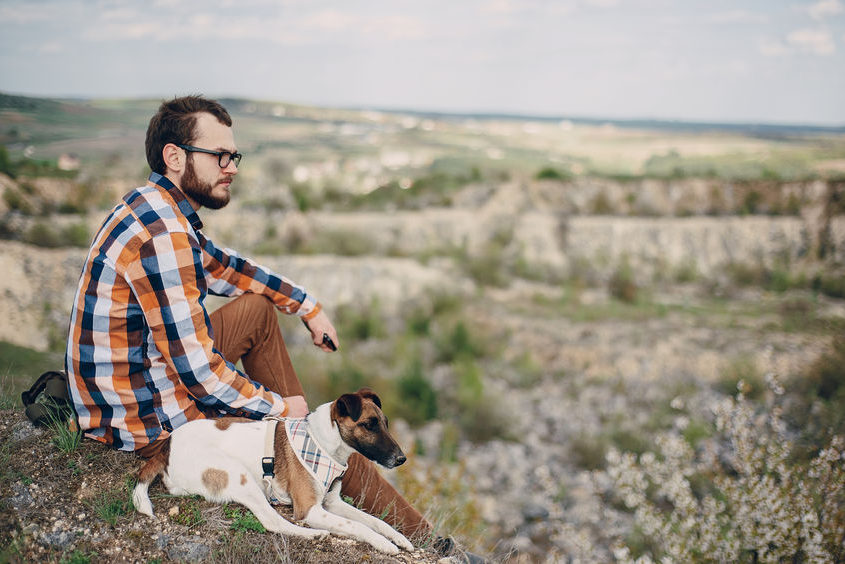 7) Start Off With One Friendly Face and Build From There

Sometimes when moving into a new neighborhood or breaking into a new social circle, you may feel intimidated. But even for this, my dog seems to have an instinctive understanding. She just finds that first friendly face and heads right on over.
At the dog park, the first friendly face might be a playful puppy or an affectionate human. Whoever it is, she gravitates to it immediately.

Others see this; they see that she has been accepted. Or maybe they think she already has friends here. Often, this friendly face has friends with them, and those friends also come over.

The effect multiplies because friends have friends who have friends. Friends of friends want to be friends of their friends. The line immediately blurs, and before you know it, you are part of the group.

Feeling lonely can be a terrible burden. This is especially true when you don’t know how to fix the situation. The truth, though, is that a few basic tweaks to the way we approach social
situations can have an enormous impact. Envision your social circle slowly growing, with more friends added with every encounter. See yourself as part of a large, connected community of people who care for one another. Wake up tomorrow excited to chat with friends and interact with coworkers.

Making new friends doesn’t have to be difficult. You just have to give it a real, honest try. If Temperance can do it, so can you!

Jonathan Hinek will encourage you to live and love life no matter its obstacles. If you want to implement real, lasting changes toward a happier you, download his free report Happier Now: 21 Proven Techniques to Improve Your Outlook Instantly.

The Best Ways to Get Rid of Fleas on Dogs

7 Tips For Moving Overseas With Your Pet
Scroll to top