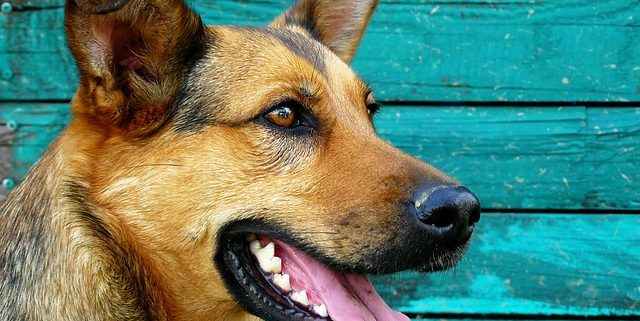 The German shepherd is a medium-sized dog with a standard height of around 60-65cms in males and 55-60cms in females. According to the American Kennel club, German shepherds have ranked 2 of 194 as the most popular purebred dogs in the United States. Their forehead is dome-shaped with a square-cut jaw and a small and black nose. They have large ears and medium-sized brown color eyes. They have a bushy tail and a long neck.
They have a very dense and close undercoat, covered with a light outer coat. The variant in coat defies the two different species of German shepherds: long and medium. As a recessive gene, the long hair coat species is very rare. Most commonly, the color of a German shepherd is either tan and black or black and red. And most of them have a black head and body with saddle pattern on their back. 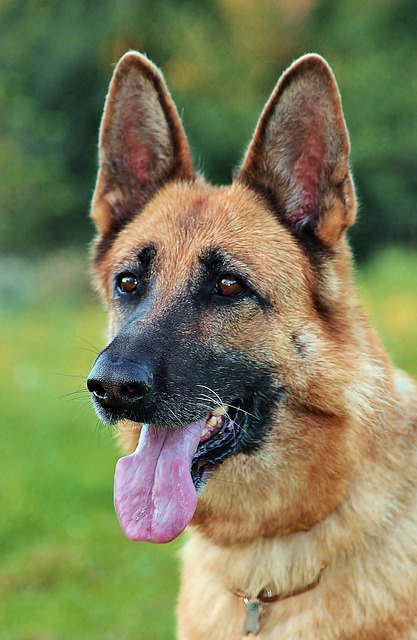 German shepherds are specifically known for their cleverness and intelligence. They are able to understand and learn a task quickly and they are very obedient towards their owner. Their strength and intelligence make this breed suitable for police and military search & rescue teams because they pick things up quickly and obey every command. Their natural curiosity and willingness to learn makes this breed extremely appropriate for search and rescue.

In general, German shepherds are considered to be very self-assured. They are very protective of their family. They do not have friendly behavior towards strangers in the first meeting.

History of the German shepherd

In the 18th century, there was a continental shepherd who protected homes and herded ships in northwest Europe. All these dogs were similar in looks but in the year 1890, three different breeds of dogs were found, now better known as the German shepherd, Belgian shepherd, and Dutch shepherd.
In the year 1850, a number of attempts were done to standardize the breed of dogs. The main aim behind breeding was to maintain the traits of dogs in their particular work of protecting and herding. When this was practiced in Germany with locals, German shepherds and Bred dogs got selected. It was found that these types of dogs had all the required skills for herding livestock such as speed, strength, intelligence, and alertness. In 1891, because these two dog breeds were different in appearance and ability, a new society is formed with the aim to create a standardized development plan for all dog breeds in Germany.

The German shepherd is named this because of their original purpose of helping shepherds in herding their sheep and protecting them. However, in World War I, due to anti-German sentiment in the era, it was believed that the word “German” would harm the breed popularity. Because of this, the UK Kennel Club officially renamed the name of this breed as “Alsatian Wolf Dog” and this name was adopted by the International Kennel Club too. 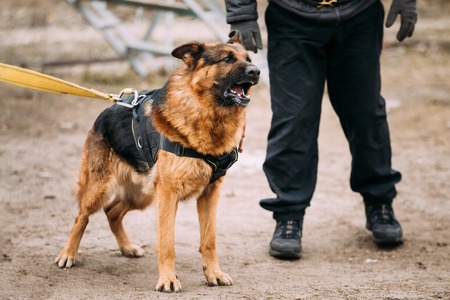 The German shepherd is the first choice for people for a working dog. Their ability to perform tasks easily and follow all commands make them the perfect breed for police work such as detections, search and rescue, criminal tracking and more. They are used as military dogs and trained as scout dogs.
During WWII, German Shepherds worked as messenger dogs, and due to their impressive performance, many soldiers took them to their own homes.
In Germany, people are still using German shepherds for herding sheep grazing in the crop fields.

A German shepherd is easily prone to have a genetic disease called hip dysplasia. However, breeders are working to reduce the occurrence of this genetic malformation. If any dog is suffering from hip dysplasia, then the thigh bone of the dog does not fit properly into the hip socket. As time passes, the gap between the thigh bone and hip socket starts increasing which leads to having painful arthritis. However, severe hip dysplasia conditions can be cured with medicines or hips can be replaced through surgery. German shepherds may suffer from the most crucial disease known as Degenerative myelopathy. Degenerative myelopathy is a neurological disease and it is quite similar to sclerosis in humans. This neurological disease leads to paralysis in the dog and is untreatable. Watch your dog’s movement and be alert of any discomfort he may be feeling. German shepherds may also suffer from a variety of heart diseases like valve disease, murmurs, and an enlarged heart. Other health issues include vision problems, bleeding disorders, epilepsy, gastric disorder and more.

By keeping up to date with vet visits and watching out for any abnormalities in your dog’s behavior, these health problems can be caught early and preventative measures taken before its too late. 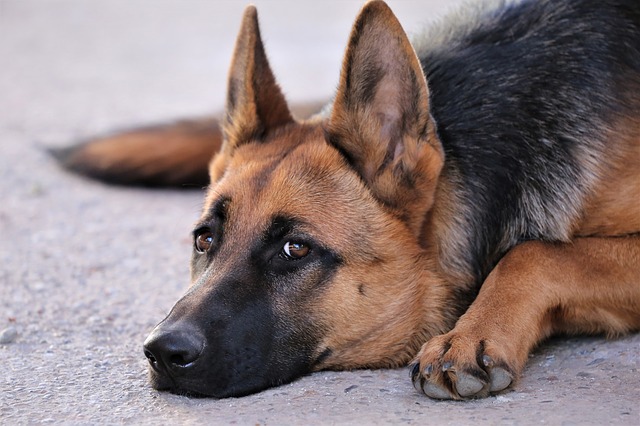 How to train a German shepherd

Training can start as early as 8 weeks with puppies because that’s the age when dogs are most receptive to learn new tricks.
Start with some gentle handling with your puppy such as cleaning his ears, visit veterinary, nail trimming etc. 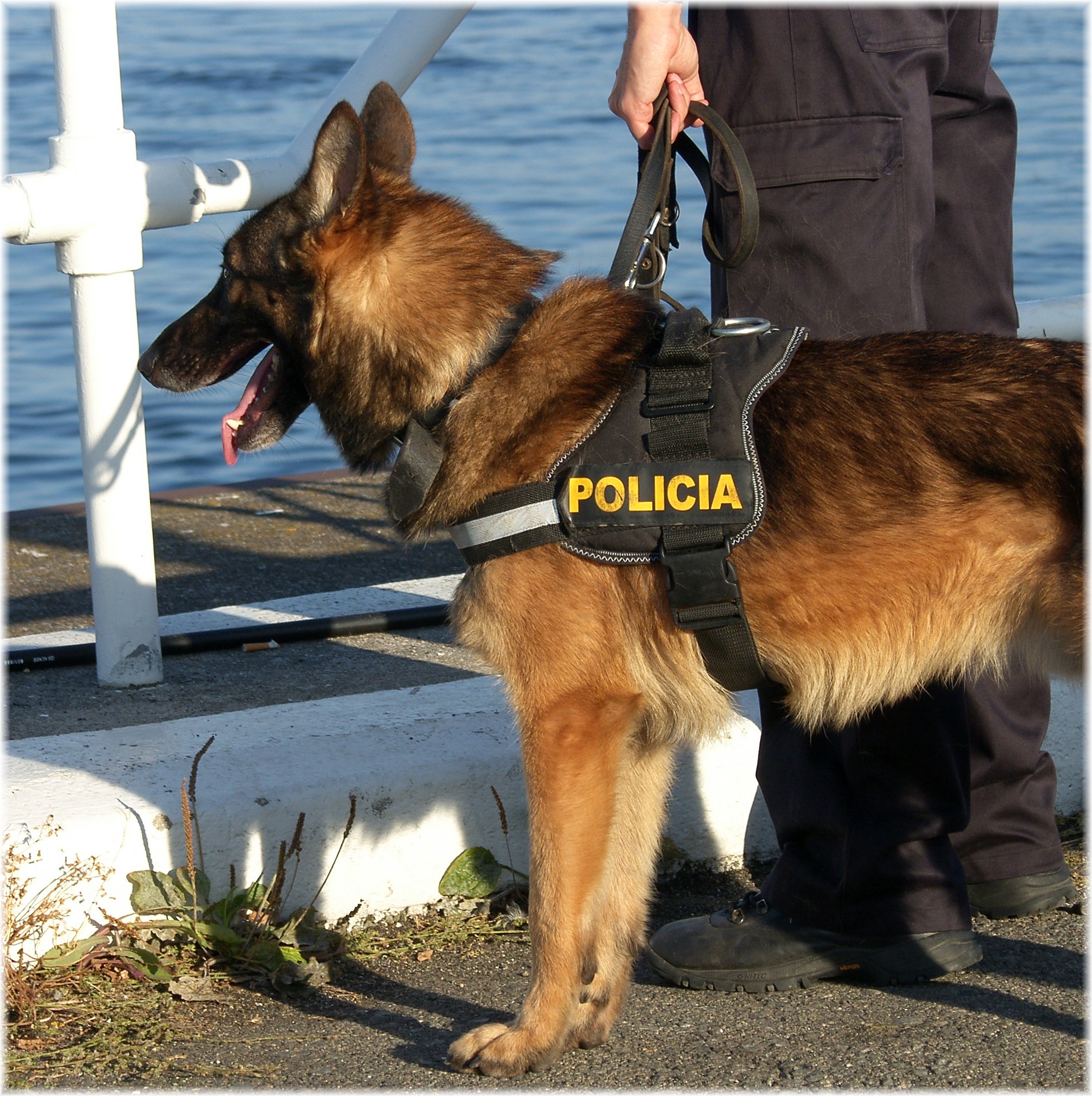 Author Bio
Ashley Angus enjoys writing articles about German Shepherds and how to treat them.

How Is Anesthesia Used In Canine Surgery?

What to Expect When Owning a Horse
Scroll to top