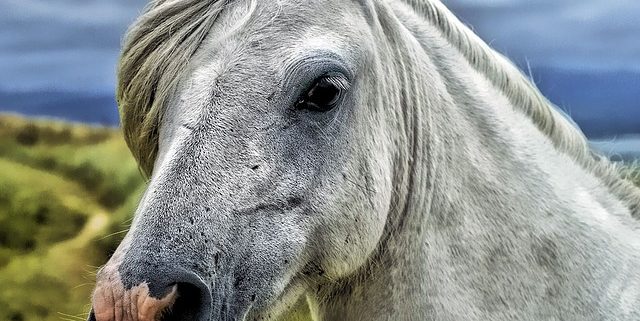 The horse is one of the noblest creatures to have been domesticated by man. Used for farm work, transportation, and even for war, the horse is an animal that has forever changed the course of our history.

The horse allowed the Knights of the Templar to ride across Europe, it was a horse that carried Paul Revere on his famous ride, screaming, “The British are coming!” Horses carried settlers to the western United States, pulling conestoga wagons filled with supplies.

Wild horses have roamed the entire world for centuries. The indigenous people of many different countries, including the United States, began domesticating horses. They raided and stole ponies from other tribes, and some even bred their own lines of horses, such as the Appaloosas that were prized by the Nez Perce Indians and their famous Chief Joseph.

Horses have been tied to mankind throughout history, and it is highly likely that without them, we’d be nowhere near as advanced as we are. Let’s take a look at some interesting and fun facts about horses which you may not know.

As you can see, horses have accomplished much, and they are a unique animal. They’ve played an important role in our history. Take care of them well, feed them well, when they are recovering from hard work or an injury, feed them InnovetPet hemp pellet to aid in their recovery and ensure that they are well.

Horses are typically ready to work and enjoy working hard. They can bond very closely with humans, forming relationships with their riders and caretakers. They will give every ounce of strength that they have when you ask them for it.

There is an amazing video on YouTube of an Amish team of horses that pulls a tractor-trailer from a snowy ditch that is incredible. The team pulled together and successfully pulled this massive truck and the loaded trailer from a ditch and back to the road.

Owning horses is an expensive undertaking but one well worth it. Horses are graceful, elegant, and intelligent. Children are often brought to ride horses when they have learning disabilities or physical challenges. The horses help to calm the children and seem to bring them out of their shells. It’s an amazing program.

Taking care of horses is a great chore for young children to have, to learn responsibility, and many will relish the task. Grooming horses, feeding them, and simply being around them is a way to lower blood pressure and stress levels. Horses are often very good with children, but they should always be very well supervised. Horses are massive, weighing, on average, 1200 pounds.

We hope that you’ve enjoyed learning some interesting facts about horses today and that you’ll take a moment to appreciate horses a little more today than you did yesterday. With a relationship that has benefited mankind since the days of our earliest civilizations, without the horse.

Man would never have traveled as far as he did, established cities in faraway lands or even planted crops and brought harvests to market. In fact, it’s almost impossible to imagine a world without there ever having been horses. Truly, the entire course of our history would be changed, and it is likely that we may not have been as successful in our survival, had the horse not been there to help us each step of the way.