Blog - Latest News
You are here: Home / Fun / 12 Relatively New Breeds You Might Not Know 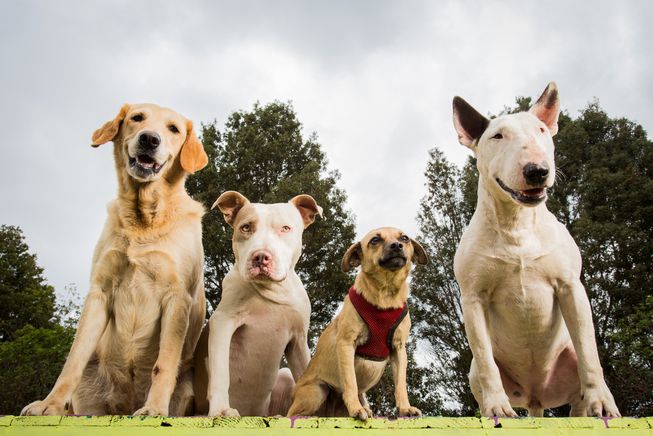 The historical relationship between dogs and humans is well-documented. Even then, scientists are not sure when exactly this started. Nevertheless, it’s a well-accepted fact that dogs are one of the first (if not the first) to be domesticated.

Everybody knows that the dogs today all evolved from the same species, the Canis lupus familiaris.

According to Breeding Business, aggregating data from the American Kennel Club, the Federation Cynologique Internationale, and The Kennel Club, there are roughly between 202 and 344 breeds in the world today.

Of course, that can’t be accurate.

Every kennel club employs different standards and yardsticks in declaring a purebred. It’s not really an exact science. This explains the large gap between The American Kennel Club and the rest of the world in determining breed.

To make sure that the purebred is legit, you need to secure the litter registration paper from the breeder. The document will list down the birth date, breed, registered name, number of dam and sires, and the breeder’s address.

You can also check with the local canine group to make sure they are registered.

When you talk of breeds, the first names that come to mind are the Labrador, German Shepherd, Beagle, Pitbull, Bulldog, Rottweiler, Poodle, Husky, Pug, Pomeranian, Shih Tzu, and the like.

The response is understandable considering those breeds mentioned are among the most popular dogs in the world. 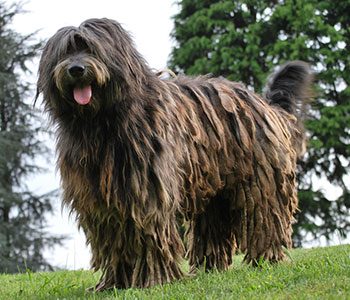 This is a herding dog in Italy that is often referred to as the “mop dog” because of its unique thick coat that resembles the end of a cleaning tool. In fact, these breed has three layers of hair–a wooly coat on the exterior, goat-like hair on the middle layer, and an oily and fine undercoat. It also doesn’t shed. As with most herding dogs, they are very loyal, obedient, and alert. They are perfect companions even if you have livestock to herd. The coat, though, needs a good shampoo to maintain its health. 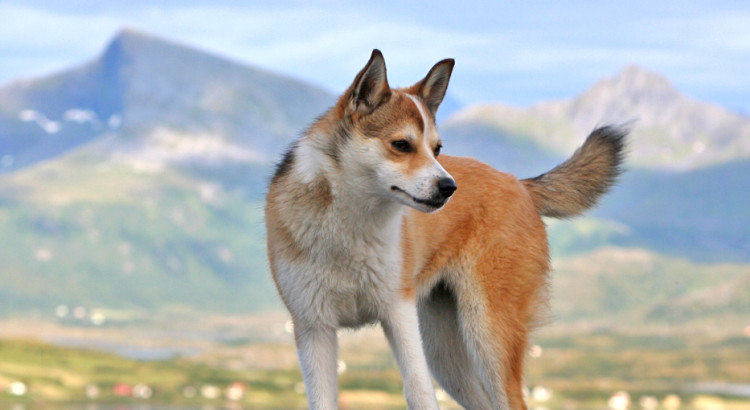 With a name like that, you know this dog is gonna be unique. Yes, it’s not just a name. This breed actually has six toes on each foot. And they are fully developed, not some creepy dangling extra toe like a result of a bad science experiment. This breed originated from Norway, although there’s a proof that its ancestors can be traced back to Russia some 5,000 years ago. One trivia about this breed is that it almost went extinct by the early 1900s. 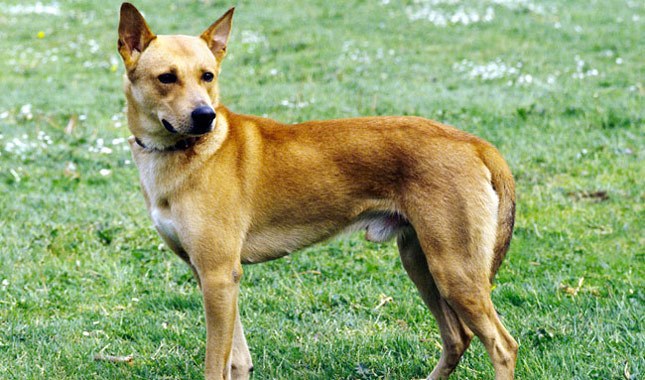 As far as appearances go, there’s really nothing special about the Canaan Dog. But it’s also the official dog of the country Israel. Why is that? That’s because they have been used as a service dog in the military and rescue and retrieval. They also serve as therapy dogs or to detect explosives and landmines. Credit that to their keen sense of smell and hearing. Also, this is a relatively new dog having been domesticated as early as the 1930s.

You know about Greyhounds, right? Well, the Azawakh is a Greyhound on steroids. Not in the sense of kilograms or pounds because the Azawakh is much smaller. We’re referring to its reason for being–to hunt gazelles. If somebody designs a dog that is built for speed, the Azawakh is it. The Azawakh is much of a feature of the Sahara as the cheetah is, even if this is probably the first time you’ve heard about the breed. 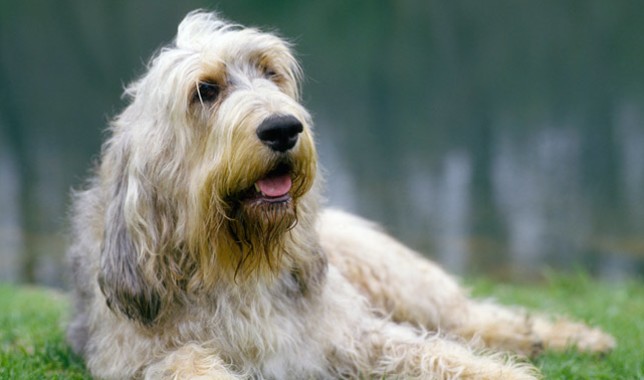 From hunting gazelles to hunting Mustelids, we go to the Otter Hound. Imagine being bred for one purpose only–to hunt down otters. This is a British dog known for its powerful sense of smell, all the better to chase down those otters. It’s characterized by its shaggy coat and large head. It’s energetic, obedient, affectionate, and very durable. Over the years, the Otter Hound has stopped hunting otters, but it still remained a loyal companion. Make sure to get a good product for its thick coat to avoid a flea infestation. 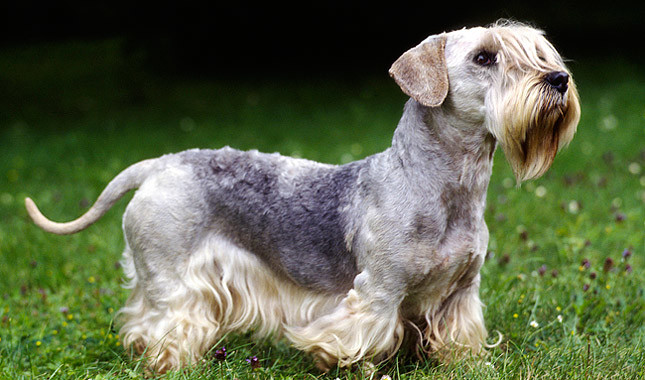 Back in 1948, František Horák had a problem. He wanted to have a dog that can be a loyal family companion but can also hunt when needed. So he crossed a Scottish Terrier with a Sealyham Terrier and boom! The Cesky Terrier is born. Despite its small frame, this dog is very muscular, fitting for its hunter DNA. It’s good with babies because of their calm temperament. By the way, the name came from Czechoslovakia. Meanwhile, a good toy would help shake off that excess energy. 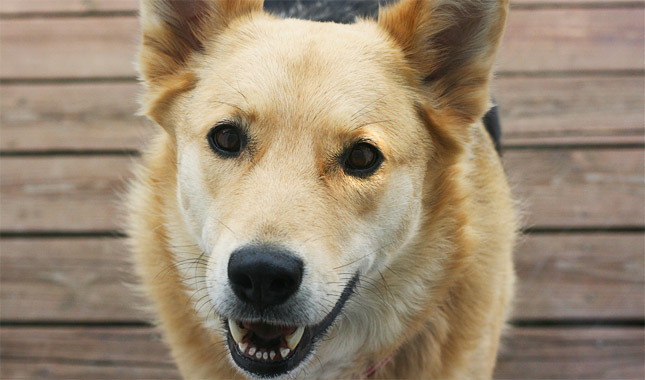 Pulling a sled in New Hampshire? Welcome to the life of the Chinook. The Chinook was specifically bred by Arthur Treadwell Walden in the early 1900s for dog-sled racing. You can say it’s one of the rarer breeds out there. In fact, it’s listed in the Guinness Book of World Records in 1965 as the rarest breed in the world. The Chinook makes for a great companion because it’s highly intelligent, extremely loyal, very patient, eager to please, and a hard worker. It’s the only dog breed that originated in New Hampshire and is the state’s official dog. 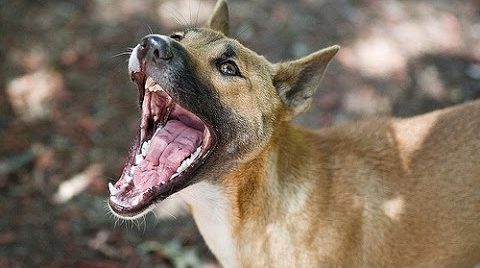 This rare breed really can’t sing so don’t buy that karaoke set just yet. Besides, it’s not domesticated. The New Guinea Singing Dog can actually vary the pitches of its howls while throwing in there some yelps, cries, and whines. The dog is quite small, resembling the Australian Dingo, but its movement is similar to a cat rather than a canine. It’s graceful, quick, and fluid. Sightings are rare and photographs are even rarer because they live in the jungles of New Guinea where even natives rarely venture. But you can see one at the San Diego Zoo. 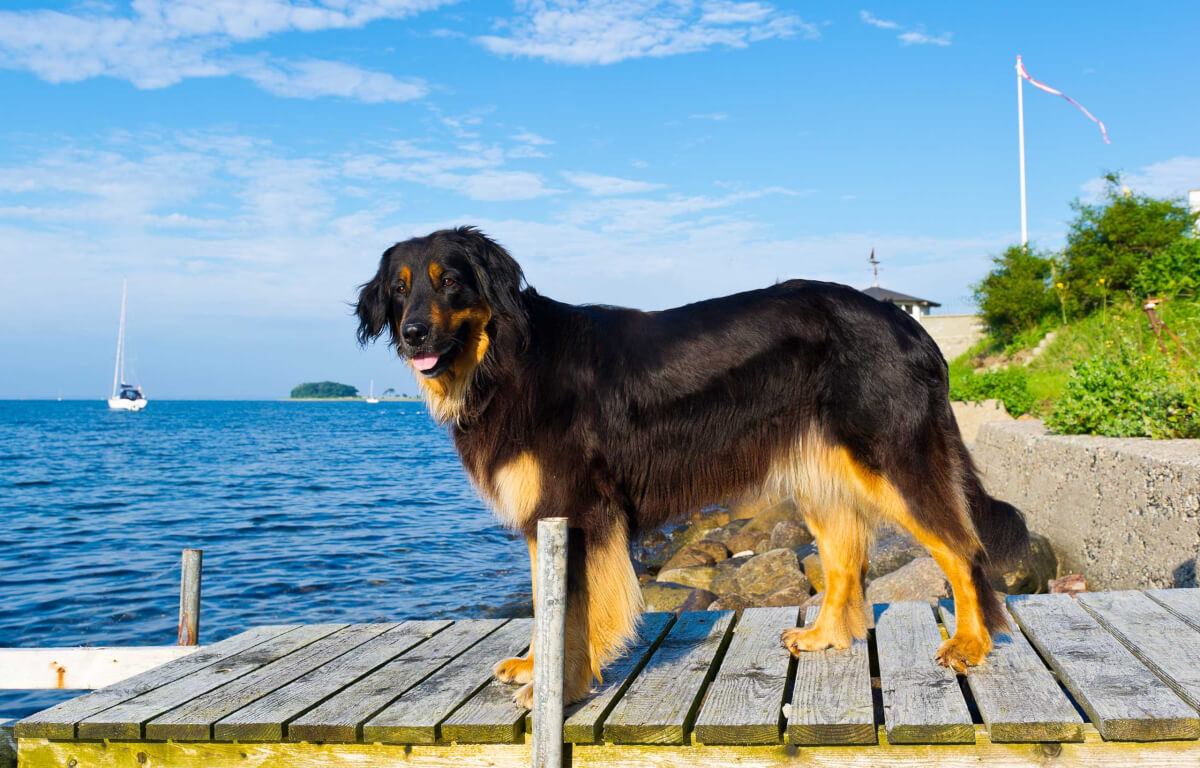 Originating from the Black Forest and the Harz in Germany, the dog has a face of a Rottweiler and the body of a retriever (one of the most loyal breeds around). Sounds weird, right? Well, introducing the Hovawart. Unlike the retriever, however, this one is bashful, especially toward strangers. But don’t mistake shyness for inactivity. This one is active and needs a lot of exercises. It’s a very loyal breed with an even temperament, which makes it great with children. They love to get cool and will not thrive in tropical climates. While not as popular as the Rottweiler and the German Shepherd, the Hovawart nevertheless has been used as a rescue and service dog. 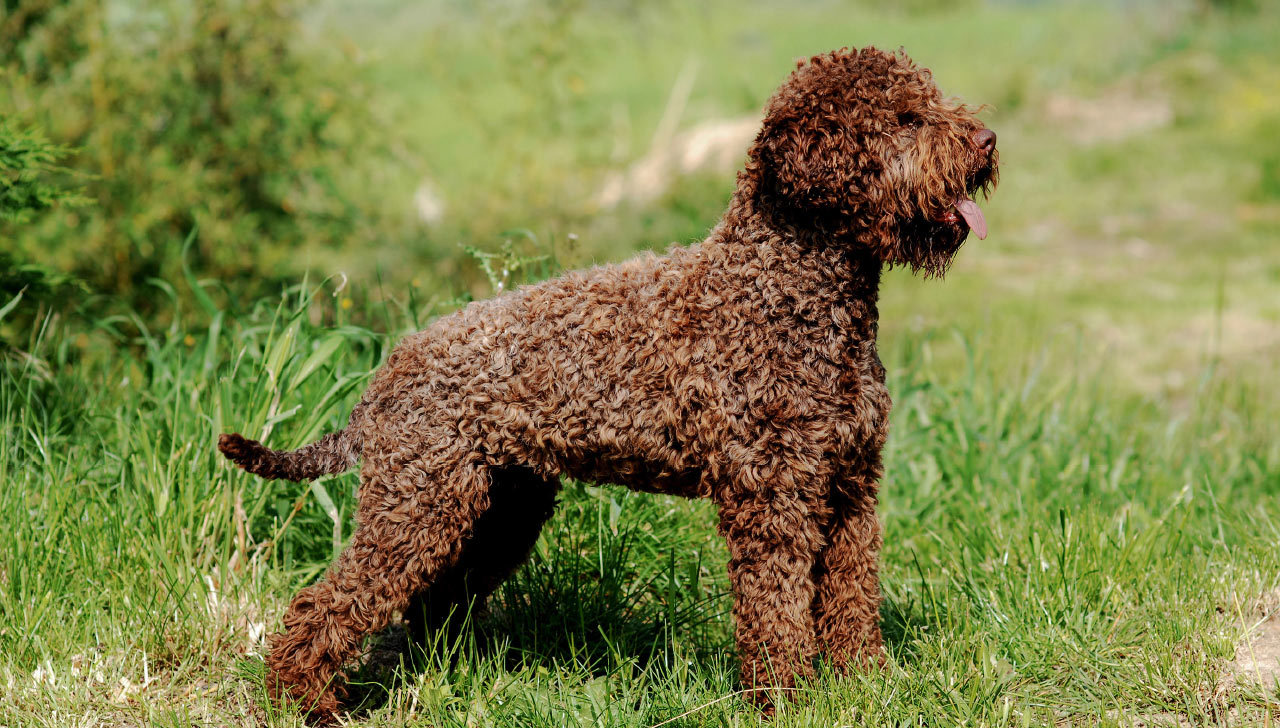 With a name like an Italian Casanova, you better be pretty. Unfortunately, the looks of this dog is an acquired taste. Its wooly coat can get shaggy and dirty fast without grooming. But it’s designed to be active. Its name, actually, means “lake dog from Romagna.” The breed has been used to look for truffles, a type of mushroom that is sold at lofty prices in luxurious restaurants. It’s size range from small to medium. Owners certainly love the breed because it’s playful. It’s designed to hunt so if you are an apartment or condo owner, prepare to spend some time each day for a walk or a few rounds of fetch. 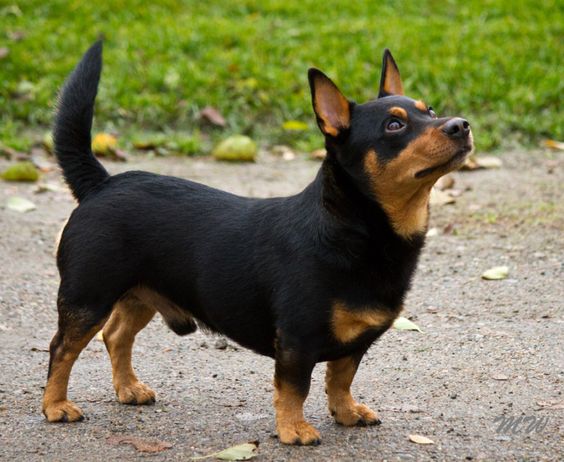 What do you do when you cross a Doberman and a Corgi? A Lancashire Heeler. This breed originated from Great Britain probably in the early 1960s, although that’s only an estimate. What’s known, however, is that the first Lancashire Heeler dog club was set up by breeder Gwen Mackintosh in 1978. Don’t let its small stature fool you. This dog was bred to herd cattle and livestock although it weighs only 13 pounds wet. It’s a popular family pet because it’s affectionate, playful, and alert. It’s also a good companion for people who have just finished treatment programs from the best drug rehab facilities. 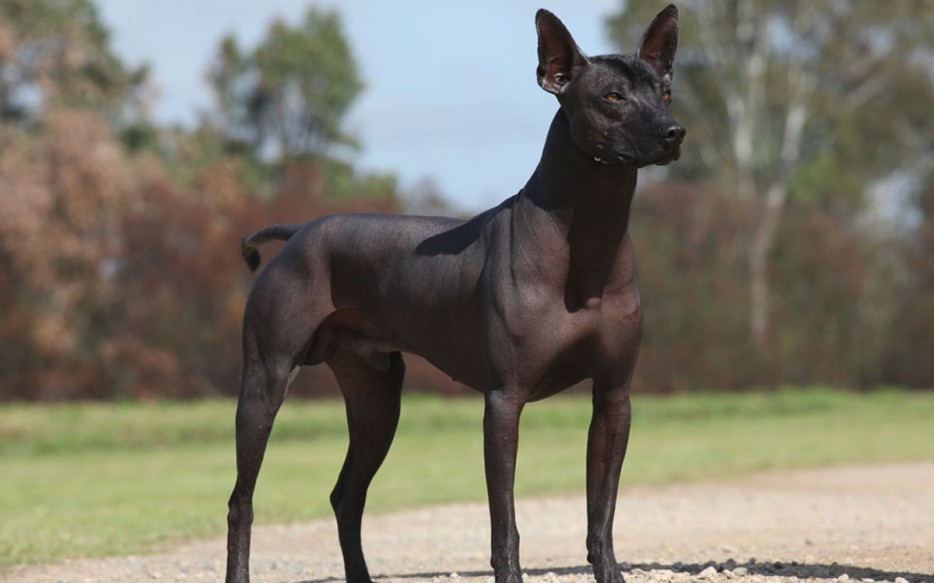 You pronounce that one as sho-lo-eets-quint-lee or just plain Xolo. It’s a hairless breed that originates from Mexico. While the reception outside of the country has been mixed (there’s no black and white with this dog, either you love it or hate it), it’s history with Mexico goes back to the Aztecs. In fact, it’s regarded some sort of a deity and worshipped in some circles back then. Its name is actually derived from Xolotl, an Aztec God, and was supposedly a guide of spirits to the underworld. It’s a vigilant breed, which makes it a good guard dog. It’s also active and needs at least 30 minutes of walking or playing per day. It’s a good apartment dog as long as you don’t forget to give it enough exercise. Be careful about the sun and the cold weather, however, as this breed doesn’t have a coat to protect itself from the elements. 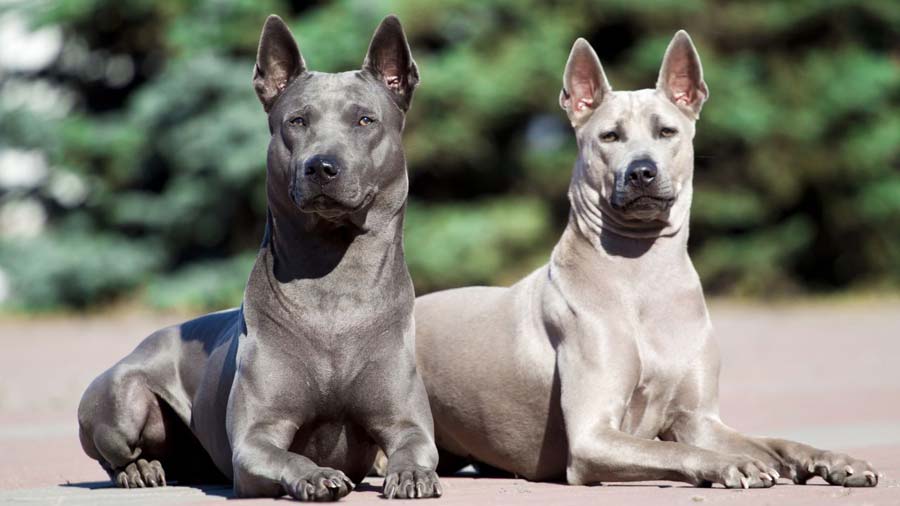 The name is derived from a line of hair across its back. Think the line of white on the Silverback Gorilla. This pariah dog has a beautiful fine coat and a very proud stance. That confidence comes from its wild roots. In fact, this is not a good pet if you don’t have a long experience with dogs because it’s very independent-minded and will really test your patience.

These are among the breeds you probably never heard of. But there are so many more, and that’s good news for dog lovers everywhere. That’s a good thing about our canine friends, there’s something new to learn every day.

Author bio:
Patrick Bailey is a professional writer mainly in the fields of mental health, addiction, and living in recovery. He attempts to stay on top of the latest news in the addiction and the mental health world and enjoy writing about these topics to break the stigma associated with them.

How to Treat Sore Paws

Which are the Best Anti-Itch Shampoo for Dogs?
Scroll to top